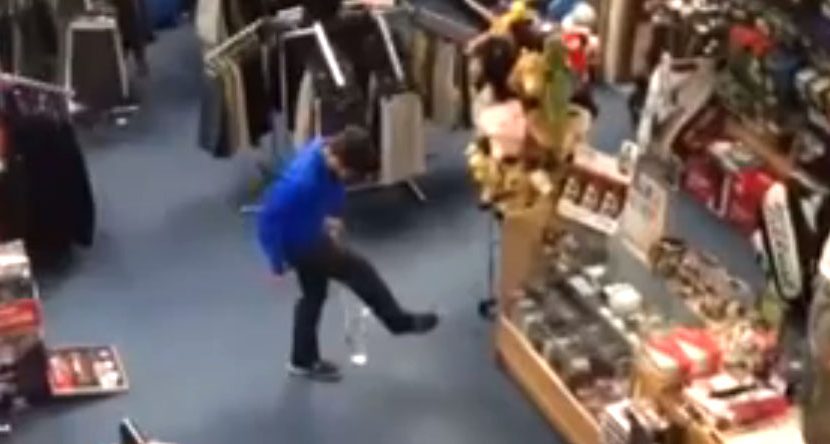 Golf trick shots are all the rage on the Internet these days. Trying to juggle golf balls off of a wedge is nothing new – I used to do that stuff during my pro shop days – but every so often someone goes the extra mile and raises the “talent” to a whole new level.

In the case of these two pro shop employees with entirely too much time on their hands, golf trick shot artists have a new golf standard to compete against.

I have no idea how many takes were required to film that video, nor how many hours these two knuckleheads spent choreographing their routine, but goodness gracious was that amazing.