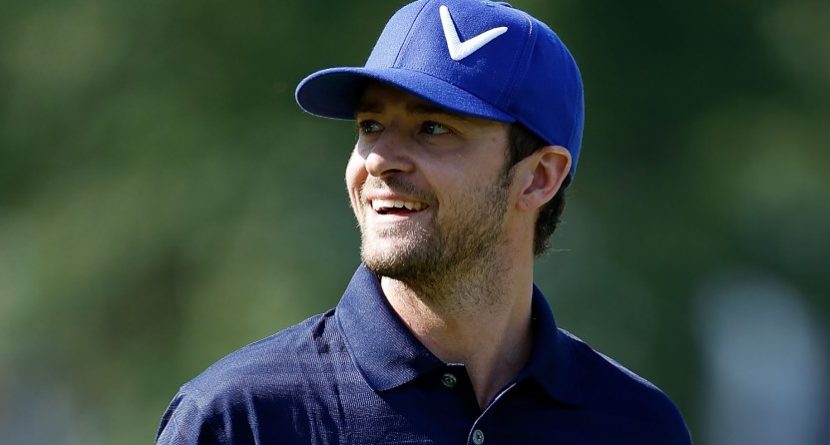 Justin Timberlake has long been an unabashed golf fan. He owns Mirimichi Golf Course in Memphis, Tenn., recently served as executive producer of the film “The Short Game,” was named creative director at Callaway Golf in 2011, and from 2008-12 he hosted the Shriners Hospitals for Children Open golf tournament played annually in Las Vegas on the PGA Tour.

So it shouldn’t come as much surprise when he told Fox Sports that one of his favorite pinch-me moments came in his first pro-am golf tournament, in which he was paired with the legendary Arnold Palmer. At that event and the countless others Timberlake has played, he says he’s found it tough to deal with the serenity of golf because he’s used to getting crowds pumped up as a musical performer.

Here’s the interview with Fox Sports’ Andy Roddick (the golf conversation begins at the 1:02 mark):

Other revelations from the interview:
– Michael Jordan was Timberlake’s idol growing up, not a singer or actor.
– Roddick will not be appearing as a JT backup dancer any time soon.

Other Hot Links:
– Inside Voice with Javier Colon: Week 2
– Justin Timberlake: Tap-Ins And Tequila
– SexyBack to the Barber Shop