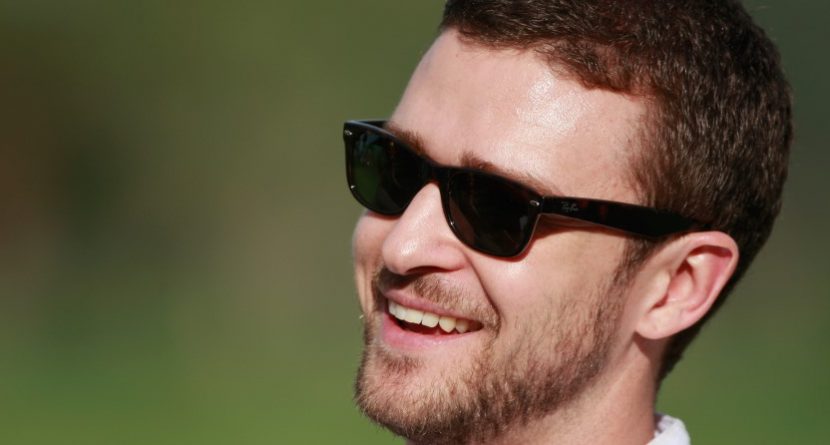 It’s well known that Justin Timberlake enjoys golf. He also likes his fans. And his sponsors.

So he starred in a video for one of his sponsors and surprised a fan by joining them for golf. Well, mini golf, actually. But the visit makes the girl’s day – completes her bucket list, in fact – and includes her wish of beer and nachos with JT:

That’s not the first time Timberlake surprised a fan:

And if you watch golf, this isn’t the first time you’ve seen a “priceless surprise.” There was Tom Watson popping out of a driving range cart:

There was Brandt Snedeker surprising golfers during a lesson, and kicking out Watson:

There was Ian Poulter dropping in on some fans at the Open Championship:

Oh, and Watson was there too:

What a priceless surprise it would be if Watson could captain the U.S. to a win later this week at the Ryder Cup, huh?