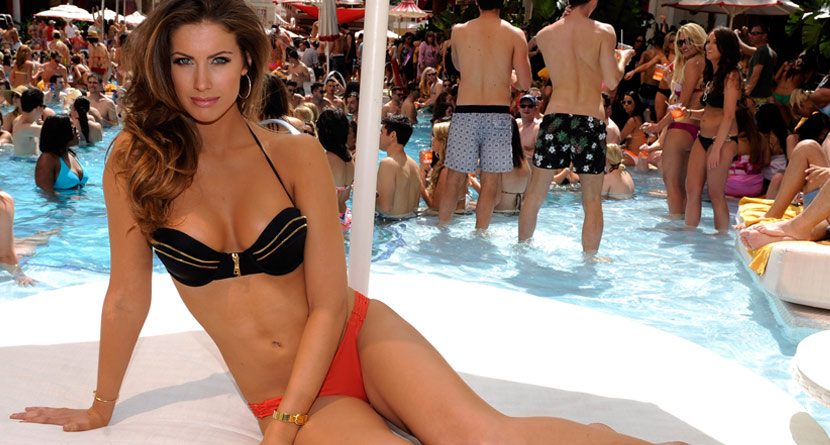 She’s the girlfriend of Alabama quarterback A.J. McCarron who was thrust into the limelight thanks to broadcaster Brent Musburger during the BCS Championship Game last season.  Since then, Ms. Webb has been seen everywhere from television appearances to magazine covers.

Well, now you can add “golf tournaments” to that list.

According to Frank Schwab of Yahoo Sports, Webb – who just so happens to be Miss Alabama – will be running a gaggle of promotions at the Champion Tour’s Regions Championship this month.  In addition to participating in a putting contest and interacting with fans, Webb also plans on taking photos with a few lucky patrons in exchange for a donation to the Children’s Hospital of Alabama.

I don’t know about the rest of you, but taking a photo with Katherine Webb is definitely a cause worth supporting in my book.