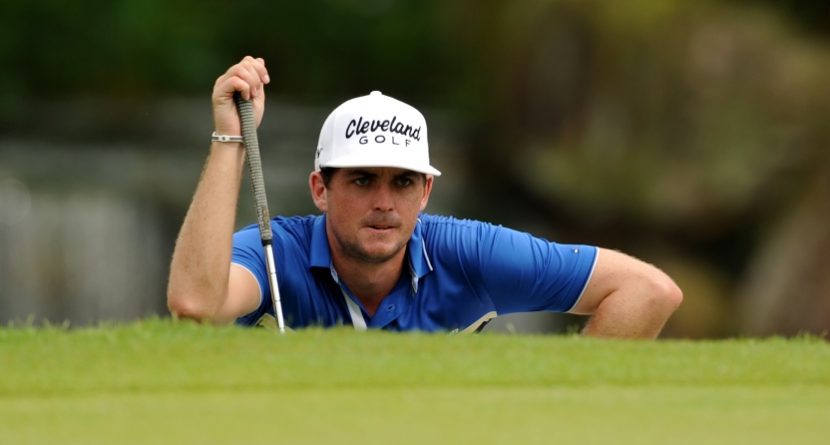 Keegan Bradley had a good day Thursday in Malaysia: While he was out shooting a 7-under-65 at the CIMB Classic in Kuala Lumpur, his Red Sox were thumping the Cardinals, 8-1, in Game 1 of the World Series in Boston on Wednesday night. Bradley sits two strokes behind 18-hole leader Ryan Moore, but six shots ahead of Rickie Fowler, a Cardinals fan.

Bradley and Fowler were cordial enough to hang out with others after their round, when it appears Bradley’s day took a turn for the painful. He, Fowler, Bubba Watson, Brendan Steele, Aaron Baddeley, Cameron Tringale and Back9 ambassador Berry Henson, among a few others, visited a fish spa.

Huh? What’s a fish spa? A place with pools full of small fish, called “nibble fish.” That’s because they nibble on your skin once you put your feet, legs or whole body in the water. We think it’s safe to say none of these golfers had experienced such a luxury before.

Henson is the one sporting the Back9 cap, Bradley’s girlfriend, Jillian, is after him, and the one in agony in the last clip is Bradley. We’ll be interested to see how he fares in round two of the CIMB Classic after such a traumatic event.