Keegan Bradley Swagged Out at The Presidents Cup 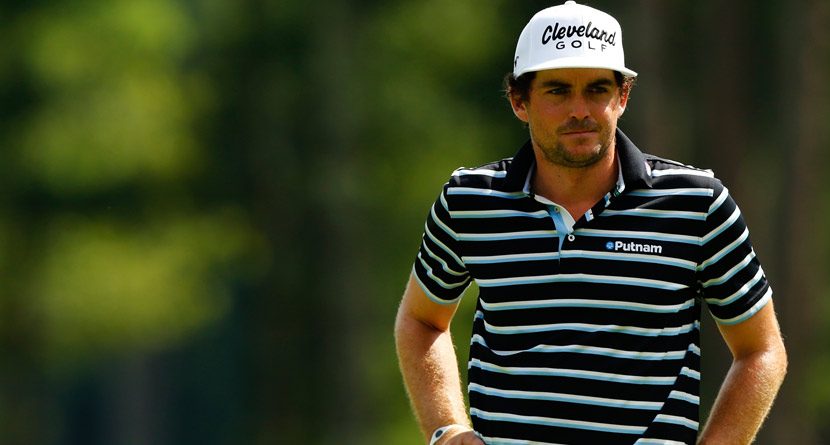 Keegan Bradley is certainly making the most out of his Presidents Cup experience this week. The pop-culturally-aware PGA Tour star has been tweeting out photos of his new gear for this week, and from the looks of things he may have an obsession with a certain “Jumpman”.

Keegan’s obviously a fan of the Nike “Jumpman” logo, as evidenced by his new gym shoes and golf kicks. Maybe that’s his way of keeping his “mental coach” always on his mind? The subject of the iconic logo – Michael Jordan – is a neighbor of Bradley’s in Jupiter, Fla., and has helped the golfer recently with his mentally toughness. The pair often plays golf together when in town at the same time. His Airness won’t be able to get on the course this week at Muirfield, but he might be there to hang around Team USA.

In addition to his new footwear, Bradley also posted a photo of his new personalized wedge from Cleveland Golf.

As you can see, Cleveland plastered a cool globe print on the outside of the wedge. The former PGA Champion is definitely a world traveler as of late, but I’m assuming the design hints more toward Keegan’s dream of world domination.

Related Links: Keegan Bradley a Team Player on Course and Back Home