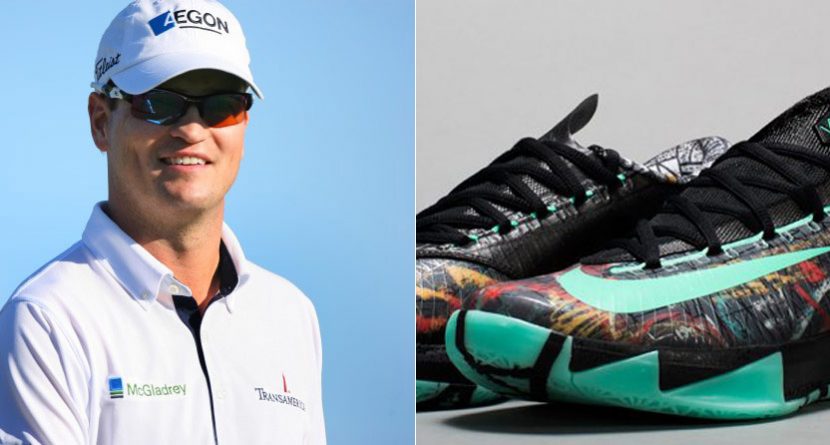 We know there are a lot of pro golfers (and millions of non-pros) who call themselves fans of Kevin Durant, and it appears the basketball superstar is a fan of pro golfers too. That or he’s just a really nice guy. Probably both.

The new NBA MVP hooked up the Zach Johnson Foundation with an autographed pair of Kevin Durant Shoes. They came courtesy of an assist from Jason Dufner.

For all wondering, the shoes are @kdtrey5‘s bball shoes signed for my Foundation. Thx to @JasonDufner.

That’s three of the leading good guys in sports helping each other out right there. Always fun to see.

The Zach Johnson Foundation is based in Cedar Rapids, Iowa, where Johnson was raised, and focuses on helping children and their families lead happy, healthy lives. The organization’s premier event is the Zach Johnson Foundation Classic: a pro-am charity golf tournament and a fundraiser gala/auction for sponsors and participants. The fourth annual tournament will be July 6-7.