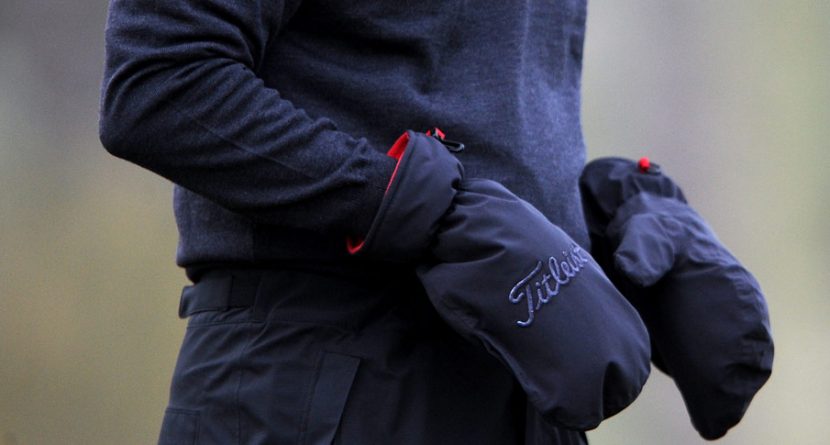 Marana, Arizona, would have been a great venue for a dog sled race last week—instead, they tried to hold a golf tournament. Weather highlights at the Accenture Match Play included a snow delay, tumbleweeds blowing across the fairway and a final round played in a 37-degree wind chill. Considering that Dove Mountain is already one of the players’ least favorite courses, maybe this venue’s days are numbered. PGA Tour Commissioner Tim Finchem made a statement Sunday that the Tour officially disagrees with the USGA and R&A’s joint proposed anchoring ban, setting up a possible face-off between the two organizations. Finchem, who refuses to reveal any behind-the-scenes tour decisions or announce disciplinary actions against players, called for “greater transparency” in rulemaking. Is this supposed to be a comedy routine, Tim? Family man and all-around great guy Matt Kuchar smiled his way to victory Sunday at the WGC-Accenture Match Play, dispatching Hunter Mahan in the final round. For me, the best part about watching Kuchar wasn’t his play but the enormous oven mitts/hand-warmers he wore between shots. “Come on, kids!” I imagine him saying, “I’m about to serve my famous casserole.” Investigators in Pennsylvania have blown the lid off a cocaine operation at a local golf course that moved $1.4 million in drugs over two years. The case, called “Operation Penalty Stroke” by police, implicates the 76-year-old golf course owner who allegedly used the nine-hole track as a front for an interstate coke ring. Yeah, but what does he think about the anchoring ban? There’s nothing I enjoy more than kicking back with my pedicure kit and reading celebrity gossip websites, so imagine my surprise this weekend when I saw Tiger Woods and Elin Nordegren reunited on TMZ. The ex-spouses attended their child’s sports game together, then left together in Nordegren’s car. I think they’re getting remarried, you guys! Either that or they just share custody of the children they created.

Back9Network contributor Adam Fonseca (@ChicagoDuffer) found this gem earlier this week—a hypnotic training video that promises to improve your game “without thinking or practice.” Sign me up. Golfers in Syracuse, New York, loaded up their snowmobiles with golf clubs and competed in the “Ice Golf Tournament” last week, where each hole was drilled into a frozen pond. According to the local Post-Standard, the players made sure the Keystone Lights were flowing. “We want to say that the drinking’s the best part, but we’re not going to,” one competitor said. Can I say it for you?

2. Kickin’ it at Sawgrass

Finally, a chance to feel like a real player for a day! Some of the NFL’s top special teams players gathered at TPC Sawgrass for a charity tournament this weekend, taking on the Stadium course and its famous 17th island green. The gathering of punters, kickers and long snappers reportedly decided against calling it “The Guys Who Never Get Tackled Invitational.”

English dandy Ian Poulter may not have won in Arizona, but he did top the list of Golfing World’s all-time best-dressed golfers. While I applaud Poulter’s style, I’m not sure about the inclusion of Gary Player and Rickie Fowler—even my three-year-old nephew knows how to dress monochromatically.