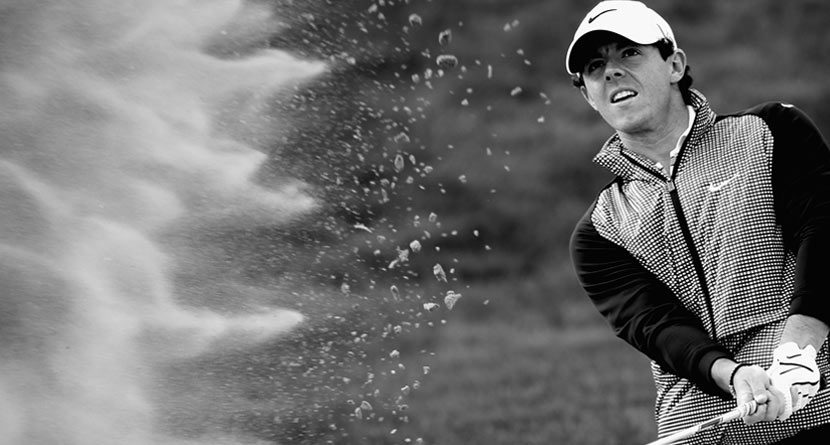 Getting Rory McIlroy to finish a tournament is like pulling teeth! I guess quitting is what four out of five dentists recommend! But seriously, Rory McIlroy withdrew from the Honda Classic after playing just eight holes of his second round, saying he wasn’t “in a good place mentally.” He later clarified that his wisdom tooth hurt, although given the media scrutiny, I’d say his pain is just beginning.

Here is a bizarre clip in which a grown man reviews a golf set designed for 2-year-olds. The club dispenses balls, meaning you don’t have to bend down to tee it up—great for toddlers who’ve had knee replacements.

7. Back to the future Michael Thompson won his first PGA Tour event Sunday at the Honda Classic, but equally interesting was the cast of characters who finished just behind. Former U.S. Open champions Geoff Ogilvy and Lucas Glover made us think it was 2007 again, both landing in the top five. It might be a return to form for Ogilvy, who has struggled over the last two seasons after getting challenged to a fistfight by Robert Allenby.

Mop-topped hair and headphones go really well together or something, because Rory McIlroy recently locked up a new Bose sponsorship. A few days before walking off with a sore tooth, he pulled off this trick shot at a Bose event. Rory’s hasty exit wasn’t the only major withdrawal this week: in Singapore, LPGA standout Ai Miyazato withdrew from the HSBC Women’s Champions after suffering minor injuries in a car accident. Meanwhile, Natalie Gulbis and Se Ri Pak withdrew from the same tournament after suffering from flu-like symptoms that their instructor thought could be malaria. Next week, it’s someone’s turn to get dysentery or diphtheria!

At Back9 Network, we’ve covered golf robots before—but not like this. This athletic robot, called “Nao” and invented by a French tech startup, makes R2D2 look like a box of old parts.

Remember when Tiger Woods had a great sense of humor? Me neither, but apparently he did, as evidenced by this great YouTube compilation of ‘90s Nike commercials. Greenskeepers in Scotland were able to live out their Indiana Jones fantasies recently as they dug up a human skull while renovating a bunker. The employees at Old Links Golf Course in Musselburgh sent the specimen to archaeologists, who determined that the skull was over 2,000 years old and belonged to a young female. Talk about leaving it all on the course…

You’ve got a spare 30 minutes, right? And a burning desire to watch Professional Putt-Putt highlights from Australia? Did I mention they’re from 1986? Here’s a recently unearthed video from a high-stakes mini-golf “skins game” featuring appropriately cheesy music.