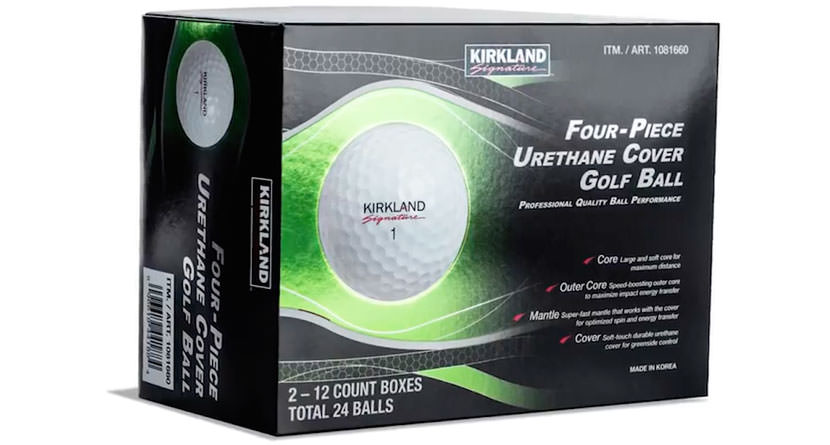 For a brief moment in time, Costco can say they had the golf industry in a stranglehold. The wholesale warehouse membership store dipped its toe into the world of golf ball manufacturing, and they sent ripples that were felt by the industry’s biggest players. However, that brief moment in time seems to have come to an end, according to a report from MyGolfSpy.com, the same website that sparked the Kirkland Signature golf ball craze.

MyGolfSpy reports that their sources inside both Costco and the presumed manufacturer of the ball, Nassau Golf, have suspended production of the K-Sig effective immediately. The golf balls, which have been out of stock on Costco website since late December, no longer appear on the site at all.

Our source inside Costco has not responded to our calls; however, a source familiar with the situation has told us that Costco has suspended production of the Kirkland Signature until further notice. Whether you want to call it a shortage or a total outage, the lack of Kirkland golf balls available to the consumer is being blamed on supply chain issues.

We’re told that, internally, Costco is saying that production will resume at a later date (and that an email will be sent to customers when stock is available), but we have good reason to believe that is an unlikely scenario.

A representative of Nassau Golf (originally listed as the manufacturer of the Kirkland Signature Ball on the USGA conforming list) has told MyGolfSpy that Costco purchased overruns of Nassau’s European-market-exclusive Quattro ball. There is some indication the sale was made through a third party, and that Nassau may not have been directly involved in the deal. The same source confirms that while the Costco balls have a different core color, the material composition and layer thickness are absolutely identical to the Quattro.

With the initial supply of overruns exhausted, Costco effectively has nothing left to sell.

With Costco selling its version of the Quattro at its cost ($15/dozen), it appears that Nassau is not particularly interested in selling Costco any additional inventory. As you can imagine, there’s little interest in allowing Costco to undercut the Quattro with the Quattro, nor is there any desire to see the ball market (including direct-to-consumer brands like Snell, and OEMs such as TaylorMade) undercut either.

With Covey’s report in mind, it seems that if you haven’t been able to get your hands on the K-Sigs through your local store, your best bet is to find them on eBay or have a European friend get you some of the Nassau Quattros.