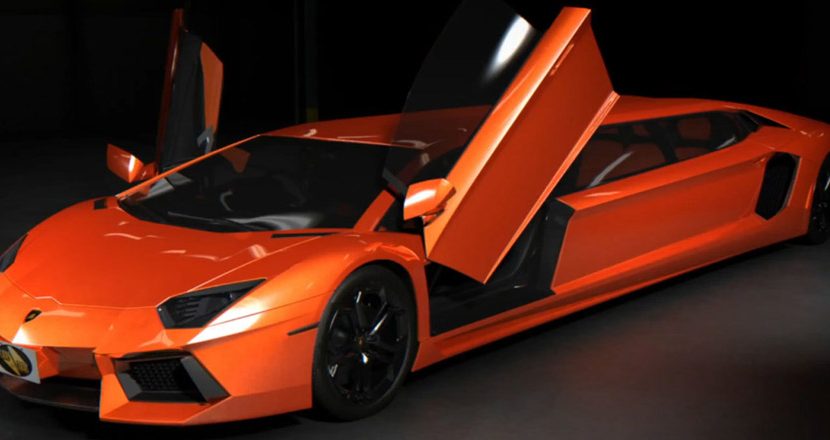 It’s only a concept, but the Lamborghini Aventador Limo looks incredible.

It’s like something from the days of “MTV Cribs” when all of the rappers had stretch Prowlers, Audis and Escalades, and what not.  But I definitely have never seen a limo with four wing doors.

What is a reasonable price for this thing if it ever gets made? It’s gotta be at least $1 million, right? If the smaller Lambos are up to almost a half-mil, then, if you double the size and add some champagne, the price has to be at least double. No matter the math, if this thing ever makes it off the drawing board, it’s going to be priced in a range that normal people like me can’t exactly afford.

Cars for Stars has the right idea with their promotion here. Combining some Skrillex with a car that looks like a spaceship definitely caught my attention. Granted, anything that I’ll most likely never have but insatiably want usually catches my eye.

I can’t wait for when this thing gets made, and TMZ catches Justin Bieber cursing out some paparazzo for touching it or something. Maybe Rory and Tiger will show up to the U.S. Open in it together. That’d be fitting.