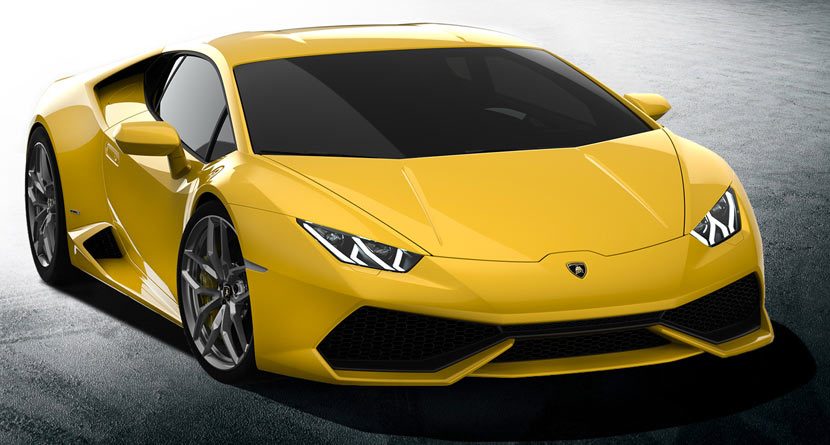 The world has known about Lamborghini’s successor to the Gallardo, the Huracan, for a while now. Ever since photos of Lamborghini’s next big thing were leaked at the end of 2013 and word got out that the ever-popular Gallardo was leaving production, people have been clamoring for all things Huracan.

As Automobili Lamborghini CEO Stephan Winkelmann says in the video below, the Huracan is “a classic Lamborghini; revolutionary but immediately recognizable.” And the official unveil at the ongoing 2014 Geneva Motor Show has certainly given Lamborghini and sports car fans something to talk about:

As with any Lamborghini, the car already had quite the reputation before the official unveil, as rumors swirled about her specs and makeup. Now we know. The engine is a brand-new, naturally aspirated 5.2 liter V-10 engine, boasting 610 horsepower and a top speed of 202 mph. Made from aluminum and carbon fiber, the chassis is lighter and more stiff than that of the Gallardo. The Huracan also includes a double clutch, available for the first time in a Lamborghini, which means “comfort and very fast shifting times,” according to Winkelmann.

Perhaps the biggest innovation is the new ANIMA feature. ANIMA comes from the Italian word for “soul” and is “something extraordinary,” according to Winkelmann. Using a single button control on the steering wheel, the feature allows the driver to easily shift between three driving modes — Strada, Sport and Corsa — which allows the driver to “adapt the car exactly to the behavior you want [it] to have.” “It’s really something extraordinaire. All in all, this car is better in performance, it’s less consuming and has lower CO2 emissions,” Winkelmann said. “[It’s] easy on the road, fast on the track.”

In the first two months, more than a thousand Huracans have been ordered worldwide. The company is also expected to release a convertible version of the car later in 2014, though an official date has not yet been released. The Huracan is expected to be available starting around $293,000.

If you’re not sold yet, take a look at the trailer for Lamborghini’s newest production. Clearly, no expense was spared here.