Last: Condensed Major Season Not Conducive To Growing The Game 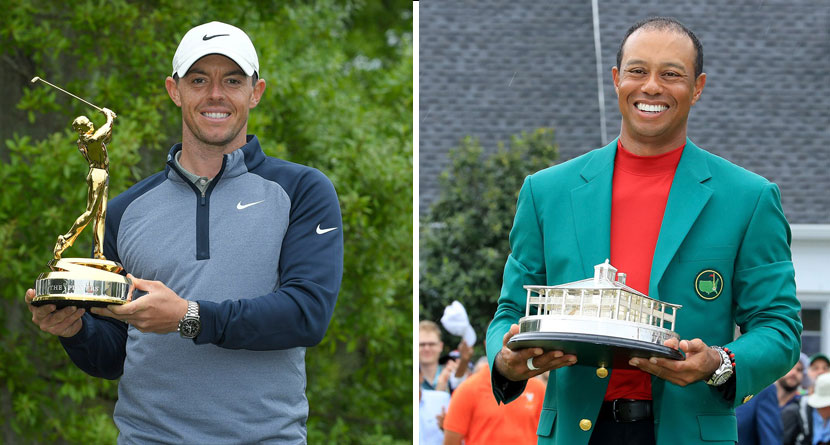 Since my earliest days of conducting golf industry research, the game’s major championships have been an important and frequently studied topic. We’ve explored everything from relative fan perceptions of each major to broadcasting impact and logo development. We’ve looked deeply at onsite operations and their role in affecting constituent satisfaction, built insights informed plans for event retailing, gained a better understanding of desired amenities and drivers of ticket sales, measured partner impact and gained fan perspective on how to build engagement through digital channels. Clearly each major represents the most significant asset from a revenue and brand building perspective for the organizations that run them.

Similarly for golf fans, the majors have consistently been the most viewed and revered championships, universally lauded as the most significant, and most highly anticipated tournaments of the year. Asked what makes a major stand out relative to another tournament, and our respondents consistently evoke the storied history of each, how difficult they are to win and the stringent tests of golf that they’ve presented to the greatest players in the game.

There have been other tournaments that have sought to be included as majors. In the 1970s and 80s, there was the late-August World Series of Golf, played annually at Firestone and the unofficial conclusion of the PGA Tour season. For many years, the official golf season opened with the Tournament of Champions, restricted to the prior year’s winners. The Players Championship, which moved from March to May and then back to March, this past season, was for many years the PGA Tour’s attempt to create a fifth major. Jack Nicklaus has The Memorial. Greg Norman sought to usurp the Tour and the subsequent World Golf Championships were another effort to attract a significant international field of top players to events with high purses. And of course, for the past several years, we’ve had the FedEx Cup Playoffs and Tour Championship as a culmination to the season’s activities.

The Season of Championships is off to an epic start.

Will a new ⭐️ be crowned this week? pic.twitter.com/foJAuEUqUW

But despite many of these well-intentioned efforts, golf fans and historians have consistently recognized the modern Grand Slam events as the “legitimate” majors. Even the Ryder Cup and Presidents Cup, while acknowledged as meaningful and highly-followed competitions, have fallen outside the inner circle reserved for the majors. The Masters has traditionally defined the unofficial start of the golf season, particularly for those in seasonal regions of the United States. Until this year, the PGA Championship, typically contested in the blistering heat of August, was “Glory’s Last Shot” (a moniker that, full disclosure, I played a role in developing); the end of the major season, as the aforementioned seasonal regions, began to set their sights on fall.

So with that, it seems odd to be just three weeks into July, and recognize that with this week’s British Open, we will see a conclusion to golf’s 2019 majors. It feels unnatural. We have to now wait nearly nine months before the next one. With the move of the PGA Championship to May, we condensed 2019’s Big Four into just four months, and we still have a month and a half to go before Labor Day and the unofficial end of summer golf season.

The question still to be answered is whether this is good for golf.

We know the motivations behind it. The PGA Tour sought to clear the August stage for its FedEx Cup playoffs, hoping to again add more significance to the Tour Championship, and remove the unwinnable battle of going head to head with traditional fall sports. For the PGA of America, the move of its championship to May, perhaps creates greater relevance and attention to an event that has typically been viewed, in our research, as the least significant of the four majors. That event’s presence during summer’s dog days, far removed from the two earlier U.S.-based majors was typically among the most cited reasons for the PGA’s lesser major stature, in our fan research (along with the relative obscurity of its host sites and incorrect perceptions about the quality of the field). In 2019, Bethpage again proved to be a stern test, and a well-timed opportunity to play out a number of compelling storylines off of Tiger Woods’ unexpected Masters triumph and sandwiched around Brooks Koepka’s recent dominance.

But it’s clearly premature to gauge whether May will ultimately be a positive for the PGA Championship, and whether the new schedule actually extends fan interest in tournament golf. Some have posited that the revised calendar now sets up with a “significant event” each month from March (Players Championship) through August (Tour Championship). We’ll plan to study whether fans buy into this, and report on the findings early next year. But our initial, inconclusive read is that the schedule change will be seen more to condense rather than extend what fans consider to be the championship golf season.

For those who are seeking to grow golf’s audience and connect with fans beyond the most avid and passionate, a four-month major window vs. a five-month window may be less conducive to these aspirations, particularly as other major sports are jockeying to increase year-round attention.

I, for one, find it strange that 2019’s majors conclude this weekend. It feels like my personal golf season is still just getting started.