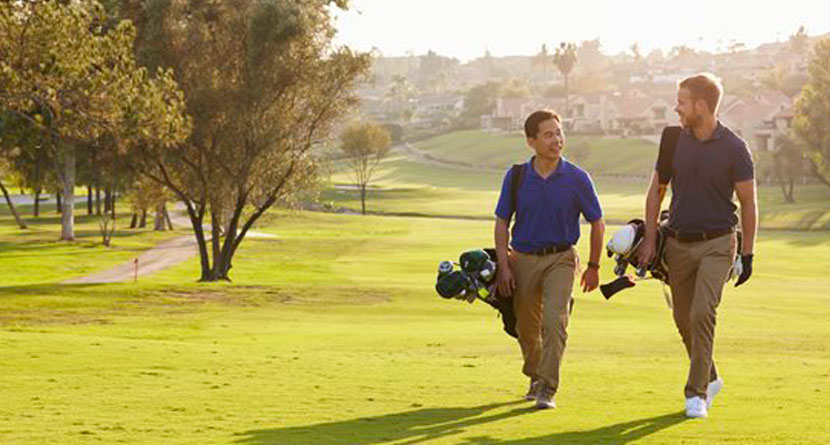 Quick quiz: ask a golfer why people don’t play more golf and it’s likely that they will reference one or both of which inhibitors?

Did you get it? If you read this column last week, you likely saw me reference the standard objection that one hears in golfer research that just scratches the surface — specifically that golf is too expensive and takes too long to play.

Digging deeper and we’ve identified that these often-cited barriers are really crutches or clichés behind a more thoughtful inhibitor. The average price of a round of golf on a public golf course has actually remained fairly consistent at around $40-50 for over a decade, and with the consolidation of online tee time reservations, there are deals to be found everywhere, particularly for those with some flexibility for when they are willing to play.

Similarly, programs like Play 9 and other course-specific innovations have provided a number of viable alternatives for those that feel time-pressed.  I’m not refuting that time and cost aren’t the typical top objections surfaced in standard golfer surveys, but I am suggesting that these are merely manifestations of a broader, more pervasive issue.

This story takes us back to the largest study of golfers that may have ever been conducted. In support of the World Golf Foundation, my team and I surveyed over 15,000 golfers after initially conducting nearly 100 face-to-face, in-depth interviews of 30 minutes each. The focus of the study was to explore the drivers and inhibitors of participation.

During the initial depth interview phase, I was in San Francisco, speaking with a gentleman who fit the stereotypical definition of a golfer. He was an affluent, middle-aged white male who played about 25 rounds of golf per year. Earlier in the interview, as we sought to lay the foundation for where golf fits within the context of his leisure preferences, this respondent relayed that he had invested in San Francisco Giants season tickets as well as a vacation home in Lake Tahoe.

As the interview progressed, we came to the part of the discussion guide where I asked him about whether the golf industry could best grow participation by adopting a strategy to attract new players or to encourage current golfers to increase their play. Like the overwhelming majority of those we spoke with in both research phases, he quickly embraced the “attract more new players” path.

As I probed him deeper, I asked why he didn’t play more golf. He immediately came back with the clichéd response that golf is an expensive game that takes a long time to play. I called him on this. After all, I reminded him he had made the investment in the vacation home and the baseball tickets, so clearly he had the time and money. Why spend both on those activities rather than on playing more golf?

His answer and subsequent explanation became the most agreed-upon of some 40 attitudinal statements in the subsequent 15,000 golfers quantitative survey:  “There are no guarantees in golf.”

Further probing uncovered that this statement had multiple layers, still applicable today to golf’s participation challenges. No guarantees meant that this respondent spends significantly on lessons and new equipment, and he felt that he never improved. Backing this up is analysis that we typically conducted during my days at Golf Digest, where the average longterm subscriber’s handicap remained consistent, year over year.

But “no guarantees in golf” also spoke to a larger challenge in terms of the inconsistency of the golfer experience. There was no guarantee if a round was going to take four hours or closer to six? How would he be treated by customer-facing facility staff that he would come in contact with?  What condition would the golf course be in?

For those who read this column last week, recall that our research has uncovered the issue that the game is lacking a connective tissue that can assure consistency of experience. I maintained that a group of “ambassadors” to guide golfers through the vastly different stages of the player lifecycle would help one access pathways to golf at the various different junctures in a golfer’s development and engagement.

“No guarantees in golf” is a more appropriate explanation for the clichés of time and money as participation inhibitors, because what those objections are really saying is that other leisure activities provide a more consistently joyful experience. In the above respondent’s case, he knew what he was getting from his home in Lake Tahoe and while attending Giants games.

His golf experience was less assured.

The lesson for the industry, then, as it remains today is that we have to work harder towards delivering a consistent experience that meets golfer expectations. It recognizes that those expectations may vary at certain junctures in one’s participation lifecycle while remaining mindful of the major drivers of satisfaction that I spoke to last week.

It may also suggest that if we can literally put those guarantees back into the experiences and products that we offer, we should be better poised to deliver a greater return on the investment of time and money that one puts into any high-involvement, leisure-purchase decision.