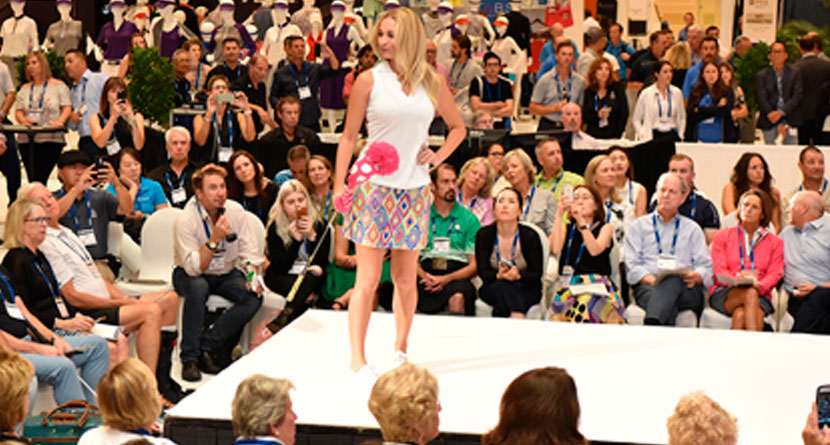 This week in Las Vegas, many golf industry professionals will converge on the second-largest U.S. trade show in the sport at the PGA Fashion and Demo Experience at the Venetian Hotel. Not to be confused with its much bigger brother, the Annual PGA Merchandise Show, held each year during the last week in January in Orlando, this exposition has taken a greater focus on soft goods, educational seminars and regional business.

The Las Vegas Show had its origins as the “West Coast Show,” originated by the Southern California PGA Section. Initially staged each year in Anaheim, California, the West Coast Show was purchased by the PGA of America and moved to Las Vegas in the mid-1990s. I was part of the PGA team that moved the show to Las Vegas, initiated its evolution and began deploying the same mix of database marketing and marketing research that we had deployed for the Orlando PGA Merchandise Show, to help it forge a unique identity, ultimately growing it some 50% before we sold the operating rights for both shows to Reed Expositions in 1998.

Working alongside a stellar team at PGA of America, to grow and ultimately divest show operations, was one of the highlights of my golf industry career to date, and it bestowed a series of career and life lessons that I continue to draw from in running my own company and working with golf industry clients.

One of those important lessons was the eternal power of trade shows, particularly in golf, as a means to solidify relationships and grow business. As far back as my initial involvement in developing the first marketing plans for the PGA Shows, more than 25 years ago, we were continually barraged with the doom and gloom predictions of those who doubted the long term viability of the trade show channel. Even in the infancy of digital commerce and the internet, there were countless solicitations and meetings with various entrepreneurs and established companies that foresaw a world where both U.S. PGA Expositions would be supplanted by virtual trade shows that would render them obsolete.

It’s interesting to see how over the years, the functionalities and innovations portrayed as disrupters in those early meetings—online commerce and video chat, particularly, have come to pass and transformed in many ways how business is conducted. But they haven’t brought about the demise of trade shows.

What our research consistently told us as far back as two decades ago, is the how trade shows provide a convenient environment in relationship-driven businesses like golf to facilitate unique opportunities for buyer and seller to look each other in the eye, to sit across a table from one another and solidify relationships that often make the difference in building trust and winning business.

The two PGA Shows are no longer the place where all of the upcoming seasons’ new product lines are unveiled. Product introduction cycles have been compressed and vary across the major suppliers in the golf industry. The shows also seldom take on a role as the places where major orders are written. The consolidation and transformation of golf retail has brought about a need and efficiency to accomplish that in other ways, particularly as the lion’s share of buying has moved into the hands of a small number of large retail players.

Similarly, on the supplier side, particularly in hard goods, we continue to see share consolidate across a handful of major OEMs. However, the shows often remain the only opportunity for smaller retailers and PGA Golf professionals to see full lines in one place and to interact directly with senior management of leading soft goods and hard goods manufacturers.

Similarly for retail accounts both large and small, the shows remain the one central opportunity to see new and upstart suppliers, particularly in those product and service areas that do not translate well digitally, and lack large sales forces or the ability to call upon all of their customers as efficiently as they can at a trade show. Many of the innovations in related services over the years have seen their debuts at the PGA expositions.

Despite the overall consolidation of the golf retail trade, the continued influence of golf professionals and independent club fitters remain critical elements in the diffusion of new product innovation and the facilitators of product trial and validation. Our research consistently shows, these to be critical steps that “seal the deal” with consumers, long after they’ve built their consideration set through marketing communications. The ultimate sales channels have become fewer in number, but golf is still a fragmented industry. The trade shows remain vital touchpoints that inform those value chain elements that lack the scope and scale to see, touch and try products that can’t be demoed or visually merchandised in a virtual environment.

Another important element that has sustained the golf trade shows revolves around their role as natural gatherings to bestow awards, provide training and recognition for national staff and to facilitate educational programs, seminars and presentations that update industry players on both the larger picture and macro-level operational processes.

In a profession that remains very “high touch,” the mere physical presence of brands through their display booths and ancillary show activities serve as important public relations vehicles to signal their vibrancy in the dynamic golf business.