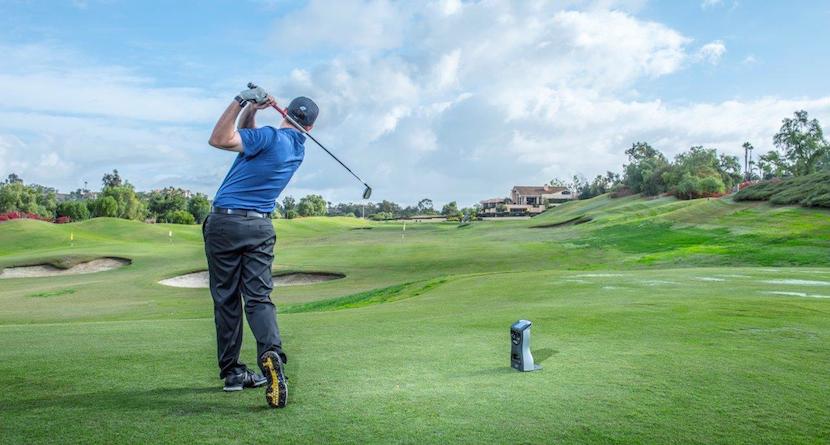 In countless focus groups and qualitative interviews that I have conducted with both golfers and golf retailers, it is commonplace for respondents to speak to how “technology” has transformed golf equipment. We need only look back a couple of decades to witness the rampant innovation that has altered the size, composition, construction and appearance of club heads and shafts.

Likely if you are reading this newsletter,  you may well be a golf “gear head” who actually can speak to the benefits of moving weight, adjusting kick points and coefficient of restitution. You are also likely at the far end of the bell curve when it comes to technical golf equipment knowledge.

But you are an anomaly.

The overwhelming majority of golfers and even a larger-than-you-might-envision incidence of those who work at off-course retail have absolutely no idea of how bounce and grind variations impact wedge performance. Their eyes will typically glaze over when we speak of MOI (moment of inertia) or toe hang. But they do recognize and appreciate that equipment technology continues to evolve and continues to make a difference. They are tantalized by the frequent OEM claims of increased distance and narrower dispersion of iron shots. They are fueled by the prospect that buying a game is more likely in this day and age than it ever was. They covet the potential benefits wrought by this mysterious “technology.”

Of course, they are correct that golf equipment continues to get better; that perimeter weighting and cavity-backed irons have made the game easier for many more golfers than a few decades ago. The advertisements drum this into their heads, as does the ubiquity of statistics that chronicle the increase in driving distance at the game’s highest levels.

We reinforce the power game, as the golf media celebrates the new breed of better athletes on the professional Tours who personify the “bomb and gouge” era. In the 1980 U.S. Open at Baltusrol, the longest par-4 was 470 yards. This past June at Pebble Beach, the par-4 ninth hole played 526 yards. The evidence of achievable power is everywhere. And with that comes the prospects for one’s improvement.

But when hard-pressed to articulate the specific ways in which equipment technology has facilitated this transformation, our research continues to show that it is but an incredibly small fraction of those who enjoy the game who can do so. As a proud capitalist and one who makes a living, in part, working with equipment manufacturers, I’m not faulting this reality. In fact, I’m oft to maintain that in many ways the language of technology innovation and equipment engineering, while seldom understood by the typical 90+ shooter, lends a certain legitimacy to the more impactful benefits claims of longer, straighter and more consistent.

But beyond the specifications and techno-speak, the real hero that has spawned the brisker cadence in equipment obsolescence and drives consumer buy-in to the notion of golf equipment innovation is our friend the launch monitor. In an often-cited study that we conducted for a major golf retailer just a few years ago, we actually proved that those who were properly fit for new equipment on a launch monitor saw demonstrably more game improvement relative to a control sample of similarly skilled players who were not.

Just as compelling as the better scores posted by the test group who were fit on vector monitors, this same group showed significantly greater confidence in their ability to play well, and they maintained this positive outlook significantly longer out from their new equipment purchase than those who did not go through the custom fitting.

There are two conclusions that I draw from this and subsequent research. The obvious finding is that the launch monitor, when placed in the hands of the right professional, is a fabulous and game-changing tool for optimizing the right equipment for individual golfers. Never apt to be a sample of one, I can certainly vouch for this phenomenon in my own game, though the empirical evidence from our research certainly affirms this. But the catch lies in our parallel observation that not everyone going on a launch monitor is being properly fit.

We’ve first-hand observed instances where improperly marked loft tolerances create the illusory conclusion that brand X’s 7-iron is actually traveling further than that of brand Z. In other cases, sales associates, perhaps motivated to move a certain product, have selectively interpreted a launch monitor’s findings to support a desired recommendation. More pervasively, as noted earlier, the typical purchaser has little true understanding as to the significance or differences of measures like ball speed, club head speed or swing speed. Smash factor certainly sounds cool, but don’t expect the typical customer to be able to interpret the numbers without assistance.

However the second, and more significant conclusion is that the mere presence of these metrics serves the incredibly powerful purpose of justifying and demonstrating OEM performance claims. The launch monitor, in essence, has become the surrogate for technology innovation.

If a golfer’s numbers are better with the new XYZ driver, he or she now has proof that they must upgrade their equipment to harness these advantages. And this phenomenon holds weight even if one doesn’t understand the technology behind it.