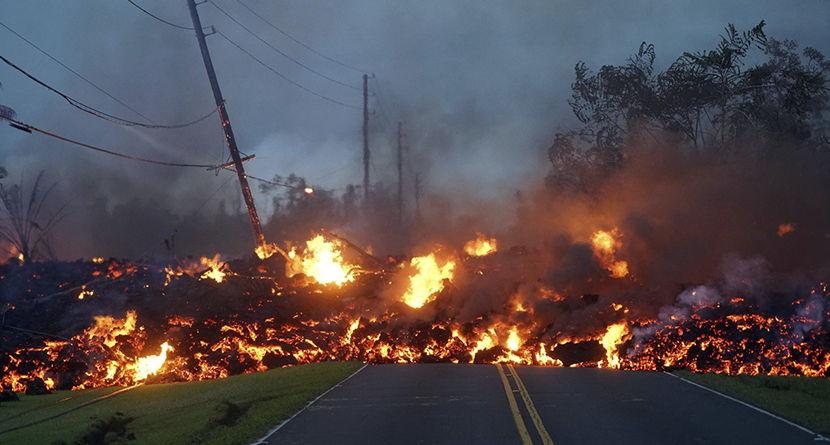 One of the selling points of the Volcano Golf & Country Club on the Big Island of Hawaii is its course is in the shadow of an active volcano.

That appears to be a detriment from time to time.

The volcano eruptions have destroyed homes near Volcano Golf Club located in Volcanoes National Park. The lava flow from Kilauea, one of five active volcanoes on the island, is approximately 20 miles away from the course. The molten rivers have destroyed homes, streets and forced over 1,700 people to flee.

Right now, the golf club is not in danger, according to Golf.com.  The website reached out to the course and spoke with its operations manager about the conditions. No golf courses are currently in the flow of lava, according to reports.

The club is 20 miles from the danger zone, and while no deaths have been reported, the amount of damage caused by the eruption will be in the millions. The club is located north of the eruption flow.

The Volcano Golf & Country Club is an 18-hole facility built in 1921 and is located within Volcano National Park.

10 Most Dangerous Courses in the World

A volcano closer to the course erupted in 2008, causing an evacuation of the golf course. The volcano is located only two miles from the course. That volcano is only “smoking, and not erupting” according to Gathwright.

“If something happens, we’ll be out of here in minutes,” Gathwright said to Golf.com. “Believe me; I won’t be picking up the phone.”

In the meantime, the staff at the club are on high alert if things change.