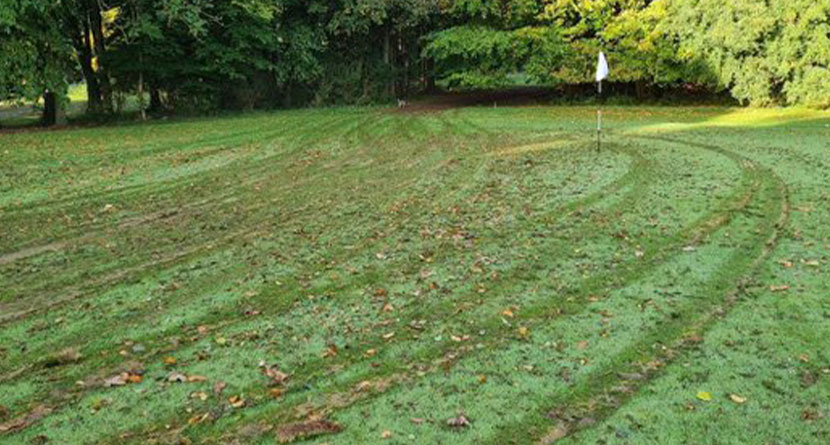 A legendary and iconic Scottish golf course is being forced to close after suffering major damage due to vandalism.

The nine-hole golf course Caird Park in Dundee was vandalized after 50,000 euros worth of greens keeping and maintenance equipment was stolen and used to wreck and destroy the golf course and multiple holes.

“We are so sorry for the disruption this will cause to the hundreds of 9-hole members who use and enjoy the course, but can assure you that we will do whatever we can to re-open the course as soon as possible.”

The statement added, “There is no doubt, however that due to the total destruction caused in some areas that we will re-open, at some point, with a reduced number of holes.”

“We don’t need this. We have recently been welcoming more people back to the club and now this happens,” Caird Park golf club captain Ian Gordon said.

“Something has to be done to increase security and stop these people doing this,” Gordan added. “Vandalism of this type is going to scare golfers away. They’re not going to want to pay to play on a course that is ripped apart.”

“The tire tracks on the course show that at least one car was driven round and round dozens of times, ripping up the greens and the fairways,” an anonymous greenskeeper noted. “They then used our own gators to cause even more damage. It’s hard to take in the amount of damage caused.”

There was CCTV footage of the incident used and discovered and showed that at least six people were involved in this attack.

The Scotland police asks if anyone has any information on the incident to come forward and help bring the guilty party to light.