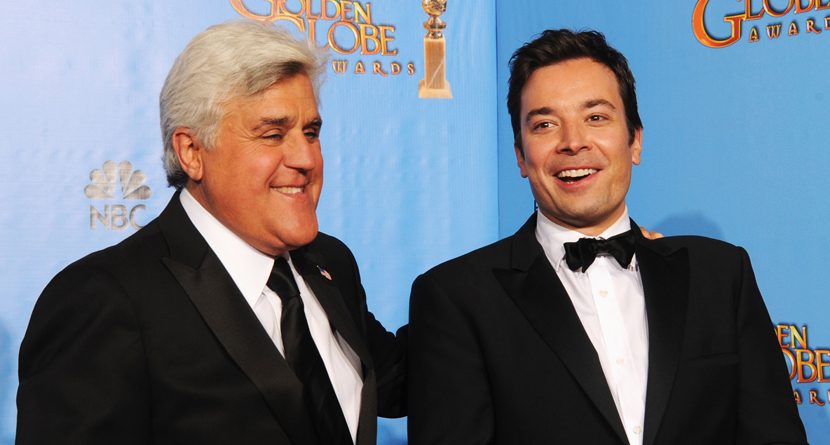 It appears these rumors are true, as the New York Times ran a story today confirming that Fallon will take the reigns of NBC’s 11:35 p.m. (eastern time, of course) program. The show debuted in 1954 with Steve Allen as the host.

According to news reports, Fallon is expected to start his new job — which will be in New York City instead of NBC’s Burbank, Calif. studio where Leno is based — sometime in 2014. He is currently the host of “Late Night with Jimmy Fallon.”

The timetable is murky. Some people within the network want Fallon to start before next February’s Winter Olympics in Sochi, Russia, while others think the transition should not be rushed.

Of course, this stirs up memories of the sideshow that occurred the last time NBC messed with the “Tonight Show.” You know, the events of 2009-10 that for the purposes of this blog we’ll call the Leno-Conan war.

Leno “retired” from the “Tonight Show” and NBC moved him to a new 10 p.m. time slot. Conan O’Brien switched from the “Late Night Show” to the “Tonight Show,” at which point Fallon replaced O’Brien (seriously, can we use any more quote marks in here?). O’Brien’s program debuted to solid ratings but after a while Leno wanted his old job back.

A public feud between NBC, Leno and O’Brien ensued, with the two hosts taking shots at each other and the network during their nightly monologues. Ultimately Leno won, with O’Brien being forced out. He now hosts an evening show on TBS.

It was a mess, and it’s already getting ugly this time around. Leno is once again taking shots at his bosses, with reports about tonight’s show saying he calls NBC “extinct.”

Why can’t these guys settle their differences like men, smoking cigars on the golf course and having a few rounds at the 19th hole?

It would be a lot easier.