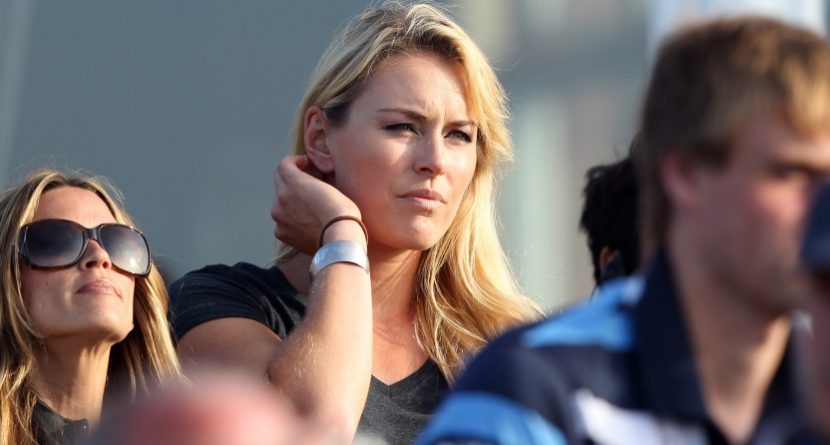 This past weekend marked the first stop on the 2013-14 World Cup skiing circuit, and not present was the world’s best female Alpine skier. Lindsey Vonn badly wanted to be there, triumphantly returning to competition after tearing her ACL and MCL in a February crash at the world championships.

But because the Sochi Olympics this coming February are the ultimate goal – not just a speedy recovery – Vonn opted to sit out. She had been training in Austria, site of the first event, but finally decided that the smarter move was to return home and make her comeback next month in Beaver Creek, Colo. (Nov. 29-Dec. 1).

That allowed her to appear on NBC’s “Today Show” on Monday morning with host Matt Lauer. Their discussion covered her skiing but eventually moved its way to Vonn’s boyfriend, Tiger Woods, who she credited for being extremely helpful in her rehab.

“No, he is. He’s very patient and he’s very mentally tough,” Vonn said. “He’s a grinder. He works extremely hard, and he’s obviously also had an ACL injury as well and had the same surgery, so he knew what I was going through. He said just be patient, keep working hard, and everything is going to turn around. It really helped me get through it. It’s tough – you’re sitting there grinding away at the gym and you’re like, ‘Is this ever going to end? Am I ever going to get back on the slopes?'”

“It’s nice to have someone in your life who understands the perspective,” Lauer said.

The reigning Olympic downhill champion and a four-time overall World Cup winner, Vonn bristled when Lauer admitted that he didn’t think she’d return so quickly to competition. Not only is she nearing a return, she expects more trips to the Olympic medal stand.