Lindsey Vonn Makes the Rounds at the Presidents Cup 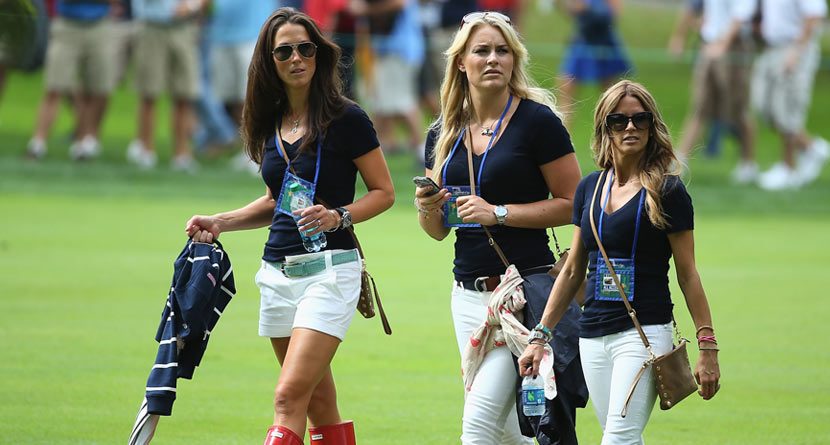 Lindsey Vonn is one committed girlfriend. Instead of joining hundreds of other potential U.S. Olympians at a media summit in Park City in advance of the 2014 Winter Olympics, the most-decorated U.S. Alpine skier of all-time is watching her boyfriend, Tiger Woods, take part in the Presidents Cup this week at Muirfield Village in Dublin, Ohio.

But at least her American spirit is on display. She and the other wives and girlfriends of the U.S. players and coaches wore blue tops, white pants, and red rain boots on the wet and gloomy first day.

However, Vonn did video conference into the media summit to speak with a room full of media members, to whom she declared she may be back in action by the end of the month. The 28-year-old originally thought a World Cup race Colorado in late November would be her first event back after tearing her ACL and MCL eight months ago, but she told reporters this week that her knee is 100 percent recovered. So she may give it a go at the season-opening World Cup event Oct. 26.

Until then, she’s enjoying some international golf.