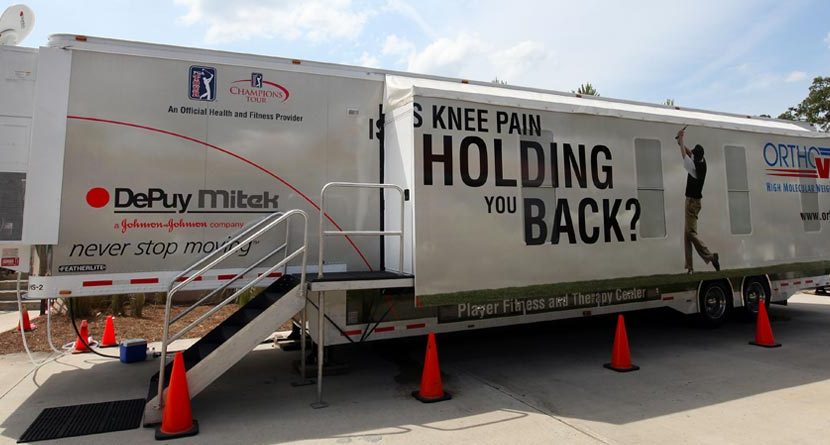 “I’m not in a great place mentally. I can’t really say much, guys. I’m just in a bad place mentally.” – Rory McIlroy to reporters after withdrawing from the Honda Classic on Friday. He would later release a statement claiming it was severe wisdom tooth pain that prevented him from continuing his round. “I’m a great fan of Rory’s, but I don’t think that was the right thing to do.” — Ernie Els, who was playing alongside McIlroy when he exited stage left. “He’s just got to be more – just got to think about it a little bit more before you say something or do something, It can get out of hand, especially when you get into social media and start tweeting and all those different things that can go wrong.” – Tiger Woods with some advice for friendly rival and neighbor McIlroy. “Bad days and bad scores are part of golf. Don’t tee off if your ego can’t take it.” – David Duval on Twitter with perhaps a veiled shot at the world’s No. 1 golfer. “Apparently u can’t take pictures of golfers. In my Defense peeps always take pics of tennis players.” – Serena Williams tweeting after being busted for trying to snap an image of Tiger Woods during Friday’s at the Honda Classic. “Mr. Watson just asked if I would play for USA Ryder Cup team. Only joking……” – Ian Poulter having some fun with his followers while filming a Mastercard commercial alongside the 2014 US Ryder Cup captain. “My ribs do feel better. The area is still tender and I feel that I need to take next week off and continue to rest.” – Brandt Snedeker, who hasn’t played since winning at Pebble Beach, announcing that he’ll miss next week’s WGC-Cadillac Championship. “As the comment period comes to a close, we will continue to review and evaluate the feedback that we have received. As we have throughout this process, we will continue to confer with the Royal & Ancient in our work to reach a final resolution on this matter.” – The official USGA statement regarding the end of the 90-day comment period on the proposed anchored stroke ban. “We have emergency procedures in place in case of an incident like this.” – Larry Collins, director of golf for the Omni Interlocken Golf Course, to the Denver Post after a plane leaving nearby Rocky Mountain Metropolitan Airport was forced to make an emergency landing on a grassy fairway.