Cornwell Speaks Out On Gender-Related Mistreatment At Golf Channel 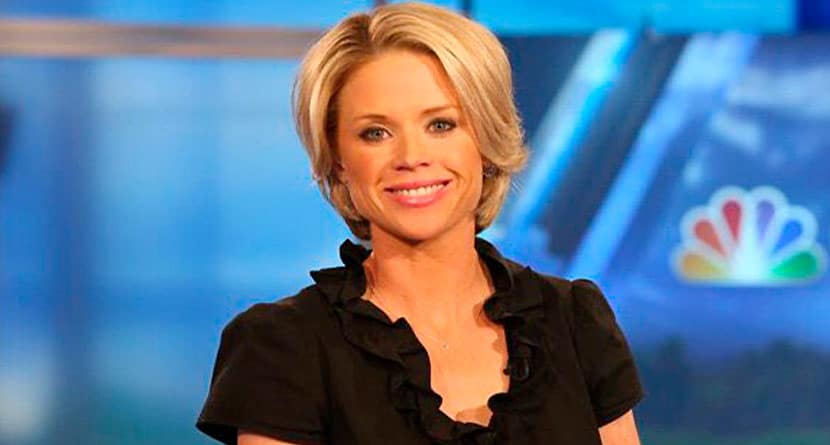 Former Golf Channel host and reporter followed up on her promise shared on social media on the first day of 2021 by airing out her former employer on The No Laying Up podcast this week.

Cornwell, joined by her attorney, Tom Mars, spoke candidly and passionately for over an hour about alleged gender-related mistreatment, which led to demotions within her role at Golf Channel and ultimately the end of employment at the NBC-owned network.

“What I went through, and obviously I made it a female issue, a women issue, is nothing compared to what dozens and dozens of women at that network have faced over the years. That’s first and foremost to me,” Cornwell said at the beginning of the interview. “This isn’t about being a victim.”

Cornwell went on to lay out a timeline that pre-dated the Jan. 1, 2021 tweet in which she teased that she would be taking her fight with Golf Channel public.

The first day in 7 years I’m not in a contract w/Golf Channel & am free to speak up for the many women who’ve been marginalized, belittled, berated & treated like second class citizens — including me.

The days of it being swept under the rug are over.#MoreToCome

Cornwell shared anecdotes of her penchant for not willing to stand idly by for things she believed were wrong, which she said rubbed some at the network the wrong way. However, she pointed to an August 2018 incident during a live Golf Central airing as the beginning of the end for her at the network.

Cornwell admitted to fumbling a lead-in to a strokes-gained graphic that analyst Brandel Chamblee had requested during the show. She described the outspoken analyst as beside himself with frustration at the mistake. Cornwell said Chamblee’s unprofessional and inconsiderate reaction was the straw that broke the camel’s back in terms of her dealing with a man she claims has never liked her.

While nothing substantive came of the complaint to her superiors, Cornwell believes the incident was the beginning of her “downward spiral” at the network, as evidenced by her removal from her hosting role at the 2019 NCAA Championships, hosted by the University of Arkansas, where Cornwell played collegiately and remains influential within the golf and athletic programs.

“I had always hosted the women’s NCAAs since I had been at Golf Channel,” she said. “I get a scheduling email that I would not be the host that year at Arkansas, that I had been demoted to a reporter, and they didn’t even have the guts to tell me.”

–@LisaCornwellGC’s seven year tenure at the Golf Channel recently came to an end. She has spoken out on social media about how she was treated there, and now joins the podcast to tell her story.

The demotion got the proverbial ball rolling from Cornwell’s EEOC perspective, but after filing her complaint with the EEOC, another incident occurred, stemming from a report Cornwell made prior to the 2020 ANA Inspiration.

LPGA player Xi Yu (Janet) Lin and her instructor Tony Ziegler, both of whom Cornwell knew personally, shared that in the run-up to the event that Lin was in need of some new equipment. After going through a fitting, Lin and Ziegler contacted Mizuno to receive the necessary clubheads and shafts to build her set, requesting a quick delivery due to the event taking place in less than two weeks.

When Lin and Ziegler were told that Mizuno couldn’t fulfill the order, they took it upon themselves to buy similar clubs from a big-box retailer and build the set themselves. Cornwell tweeted about the incident and made reference to it in her interview with Lin after she held an early-tournament lead a few days later.

The player leading the @ANAinspiration right now, Xiyu (Janet) Lin, put a new set of irons in the bag last week. @MizunoGolfNA wouldn’t give them to her. She had to buy them.

This prompted Cornwell to receive what she described as a hostile call from Russell that would eventually result in Cornwell being pulled from covering the event.

“A man, in his 60s, who was my boss, screaming and cussing me out and sending me home over a gender-related issue from a women’s golf tournament during the middle of a retaliation, gender-discrimination, EEOC case,” Cornwell said. “I don’t know what organization allows that to happen, but Golf Channel didn’t do anything about it.”

In the fallout, Golf Channel’s Golf Central Twitter account issued a retraction of Cornwell’s report, although it was directly confirmed in the aftermath by both Lin and  Ziegler.

Cornwell said she received a “half-assed” apology from Russell after the incident, mostly for his tone on the call. Cornwell did not conduct another on-air interview the rest of her time at Golf Channel.

Mars, Cornwell’s attorney, spoke at length later in the interview about the gender mistreatment Cornwell and others have faced at Golf Channel, and explained that as a reason why he and Cornwell were continuing with their EEOC case as a gender dispute, which included the latest incident with Russell.

Golf Channel and NBC have declined to comment to multiple outlets, including No Laying Up host Chris Solomon, in recent days in response to Cornwell’s claims.