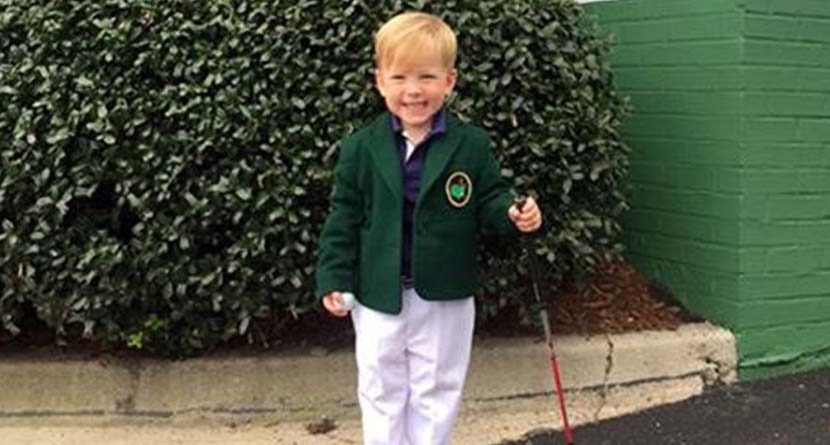 Halloween is only a few days away, so there will undoubtedly be an inundation of cuteness across the Internet as the world’s creative parents come up with clever ways to dress up their children. John Patrick, host of the aptly named Augusta Golf Show with John Patrick, open and closed the best golf costume competition on Sunday night when he tweeted out a picture of his friend’s kid.

He’s the son of a friend, and for Halloween, he’s Jordan Spieth pic.twitter.com/zihaPKP2JF

We don’t know this young golf fan’s name yet, but should he grow up to play on the PGA Tour, we’ll be sure to harken back to Halloween 2015 when he dressed up as his favorite golf a la Rickie Fowler circa 1996.