Lost In Translation: How To Decipher What The Scottish Are Saying 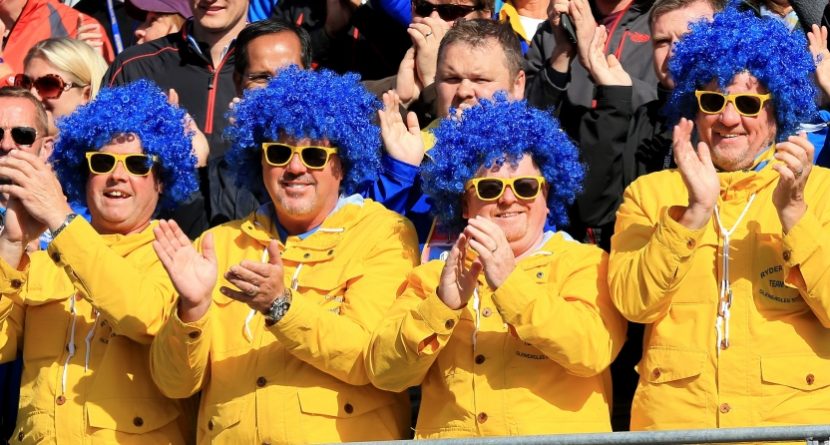 GLENEAGLES, Scotland — This being Scotland, the sound of bagpipes never seems to be far away. Was there ever a more miserable, wretched musical instrument? I am from Scotland, and even I hate the sound of the thing. What you can’t deny, though, is that it is intrinsically Scottish.

And the same can be said for the vast majority of the gallery here at Gleneagles. You will no doubt be aware that Scotland had an independence vote recently and decided to remain part of the United Kingdom. It has to be said, however, that when it comes to the spoken word, the locals have a language that is all their own.

This afternoon I decided to wander the course and try to see some golf. It has to be said that there are far too many spectators here when you consider that, for the first two days, there is a maximum of four matches on the course at any one time. And heaven help us all if it decides to rain, which it is prone to do in this part of the world.

However, listening to the Scots in the gallery has been both educational and highly entertaining.

The more excited they become, the more difficult it is to understand my fellow countrymen. And when you throw a few alcoholic beverages into the equation, then they may as well be speaking a foreign language. In fact, some would say that they are.

Passions have run fairly high on the opening day and you may have heard some words on TV that you don’t understand, so I am going to do my best to offer you some translations. But you will have to bear with me because I haven’t lived in Scotland for many years and I may be a little rusty.

Here are some of the phrases I’ve heard, together with what they actually mean. Hope it helps.

Before I start, it may assist you to learn that although there are indeed men called Jimmy living in Scotland, not EVERY man is called Jimmy. For reasons that I will never understand, men address complete strangers as Jimmy. Only in Scotland …

“See yoooo Jimmy, yer getting right on ma wick.”
“Young man, I have to tell you that you are getting on my nerves.”

“Yon Fowler, he’s a wee scunner.”
“Oh dear, I fear that Rickie Fowler may have holed another birdie putt.”

“Hey pal! I cannae sicht a thing. Shift yersel’!”
“Excuse me please, dear friend. I would dearly love to see some golf but you are standing in my way. Would you mind terribly moving slightly?”

“Guid to meet you son. Whaur ar ye frae?”
“It is an absolute pleasure and delight to make your acquaintance. Where do you hail from?”

“Help ma boab! Whit’s yon eejit up tae?”
“Oh dear! I do believe that one of our players may have played rather a poor shot.”

“See you Rosey, yoooz a wee byooooty.”
“Oh, I say Justin Rose, that was rather a splendid putt to win the hole. How terribly exciting.”

As the afternoon wears on, and increasing amounts of alcohol have been consumed, the emphasis changes …

“Lae me aloyn. Am nae drunk.”
“Thank you so much for your concern but I can assure you that I most certainly have not had too much to drink.”

“Whaurs the lavvy?”
“Will you kindly point me in the direction of the toilets?”

“Oh hen, I shouldnae hae had yon last bevvy.”
“Darling, I fear that I may have consumed rather too much alcohol.”

“Ah am pished!”
“I have definitely had too much alcohol!”

I don’t know if this is a peculiarly British thing or not, but the more drunk men from these islands become, the more determined they are to embrace their friends.

“See yoooz. Yoooze ur gear, so yooz are. Geeza smacker.”
“My friends, I hold you in the very highest regard. Would you mind terribly if I were to plant a kiss on your lips?”

I will leave you with the immortal words: