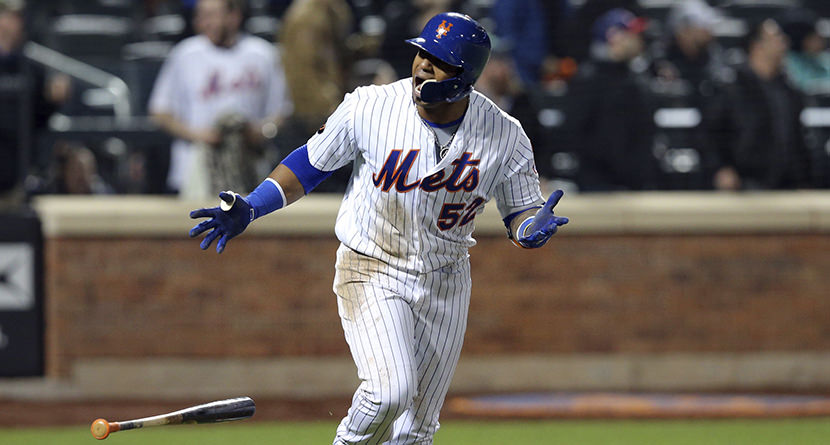 In the 2016 World Series, he was playing golf between games, much to the chagrin of fans. Cespedes is turning to the golf course once again early in the season to cue his woes.

“One of the things that I did before, years ago, when I was in a slump, was playing golf and trying to get out of my slump,” Cespedes said of his baseball swing through an interpreter on Friday.  So one of the things that I’m doing now, that I didn’t do before, is watching the videos. That’s something different I’m doing right now. But unfortunately, it’s not going too well so far.”

Yoenis Cespedes Will Golf During the World Series

He’s mired in an April slump for the Mets and is planning on using his golf game to help break out. Cespedes had struck out four times on Friday before delivering the game-winning hit against the Braves and believes that getting back on the golf course is the trick to turning his season around.

The big difference for Cespedes is he gave up golf in the offseason and committed to not playing during the season, and saving his body for the grind of a 162-game season.  It isn’t going well.

“I’m still lost,” Cespedes said.  “… Now I’m opening my shoulder wide open. When I was playing golf, I had to keep my hands inside. It helped me a lot.”

Cespedes swore off golf coming into this season and so far in April is hitting .208. He struck out four times before hitting the game-winning single on Friday.  According to reports, Cespedes said he is considering to go back to his golf game, which he has embraced since defecting from Cuba in the summer of 2011.

His regimen consisted of playing golf in the mornings and then playing baseball in the evening. That has drawn criticism from some corners for expending so much energy for recreation before playing a game. He stopped golfing this offseason in preparation for the coming year.

“It wasn’t a promise, but one of the things was, I went to play golf in the morning and then I came to play baseball in the afternoon,” Cespedes said. “I stopped doing it in the offseason. But I think I’m considering playing golf again.”