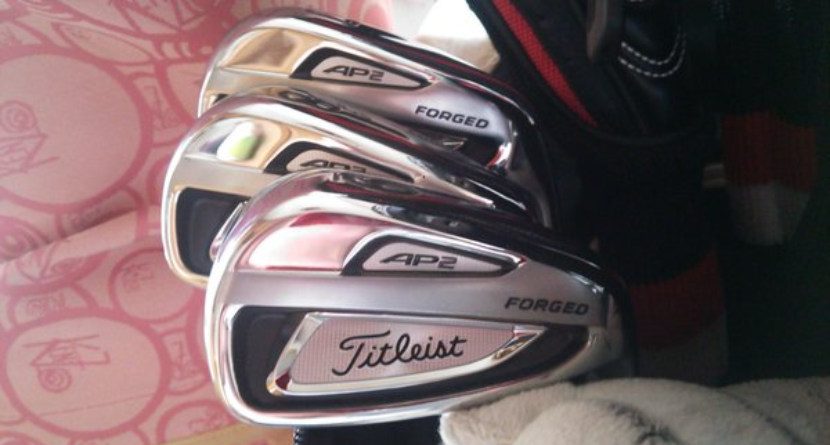 If you play golf, chances are you’re familiar with brand names such as Titleist and Cleveland. In fact, you might even play their clubs, or maybe you thought you were. Earlier this week, several major golf companies filed a lawsuit against an Indiana business owner who’s accused of manufacturing and selling counterfeit golf clubs.

The Indy Star has the full report:


The companies allege that Nunns makes and manufactures counterfeit golf clubs and accessories bearing the names and trademarks owned by the companies, which include the Titleist, Scotty Cameron trademarks and Cleveland Golf Co. trademarks.

The plaintiffs, who filed the claim Dec. 15, bring the action under the Indiana Crime Victims’ Relief Act.

“Plaintiffs discovered that Defendants are manufacturing, promoting and otherwise advertising, distributing, selling and offering for sale counterfeit and infringing golf clubs and golf accessories, including club grips, shaft bands and weighs, bearing trademarks which are counterfeits and/or infringements of the Acushnet Marks and golf equipment,” the 22-page complaint states.

They bring nine causes of action including trademark counterfeiting, trademark infringement, false designation of origin pursuant to the Lanham Act, common law trademark infringement and five varieties of civil action for recovery of damages, costs and fees arising from theft, forgery and conversion and criminal mischief.

The plaintiffs are asking the court for a temporary restraining order and preliminary and permanent injunction from manufacturing and selling their “Infringing Goods,” and $2 million per each counterfeit of each Acushnet and Cleveland Golf mark used and product sold.

At least the folks who fell victim to this awful scam now have a reason to blame their poor golf game on something other than themselves.