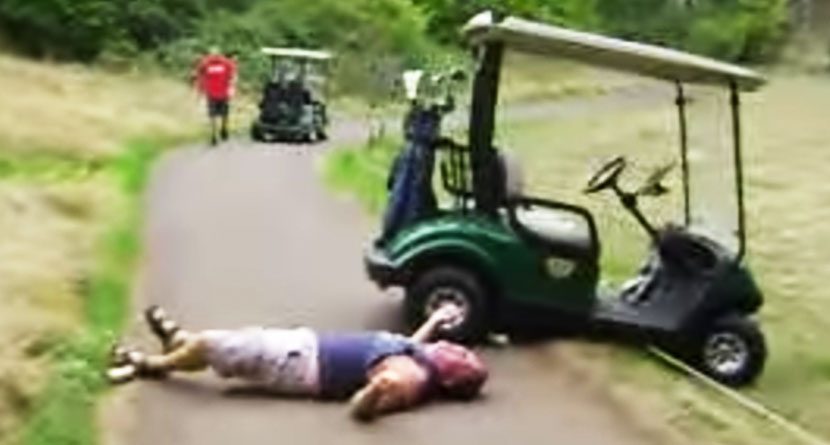 A bizarre series of events took place at the Pomme Creek Golf Course in Arnold, Mo. earlier this month leaving one course employee beaten up thanks to a punch to the nose and being dragged by a golf cart while the intoxicated offender left in handcuffs.

A 24-year-old Arnold man recently was arrested for allegedly assaulting an employee from the Pomme Creek Golf Course and damaging one of its golf carts. The incident happened about 1:14 p.m. Aug. 11, Arnold Police report.


The man, who appeared intoxicated, apparently rented the cart but then drove it off the golf course property. A short time later, though, an employee spotted him driving it in the 100 block of Bogey Boulevard, which is near the course, and confronted the suspect. The employee said he put his hand on the cart and tried to jump in it, but the suspect drove away, dragging the employee along the road, the report said.

Then, the suspect allegedly punched the employee in the face, hurting his nose. During the altercation, the suspect also reportedly ran into a gate, causing $400 in damage to it and $300 to the cart, Detective Lt. James Jones said.

After the crash, the driver and another man who was in the cart with him ran away. But, officers found them a short time later at the golf course and arrested the driver, who the employee identified, the report said.

Pretty bold strategy to assault an employee and then return to the employee’s place of work, but hey, you can’t just not finish your round.