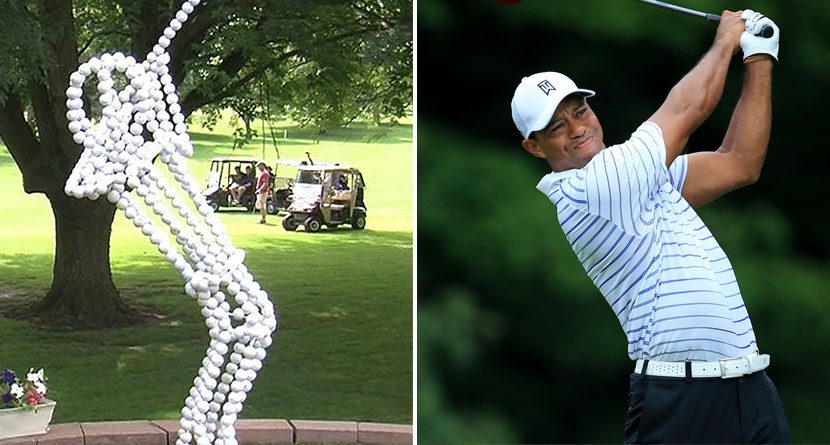 This is something you’ve probably never seen before, but also something I wish there were more of. It’s that cool.

A golfer from Iowa, Kevin Pingel, decided to put old golf balls to good use by creating something for everyone to enjoy: a statue made up of 600 golf balls. And better yet, it’s modeled after Tiger Woods’ swing.

Talk about commitment. It took Pingel seven months of drilling and welding to complete the statue, but in my mind it was well worth it. Seriously. The thing is six feet tall and weighs 100 pounds.

That’s one heck of a statue.

Now what would you rather have: this one made up of 600 little golf balls, or one huge golf ball signed by Michael Jordan?