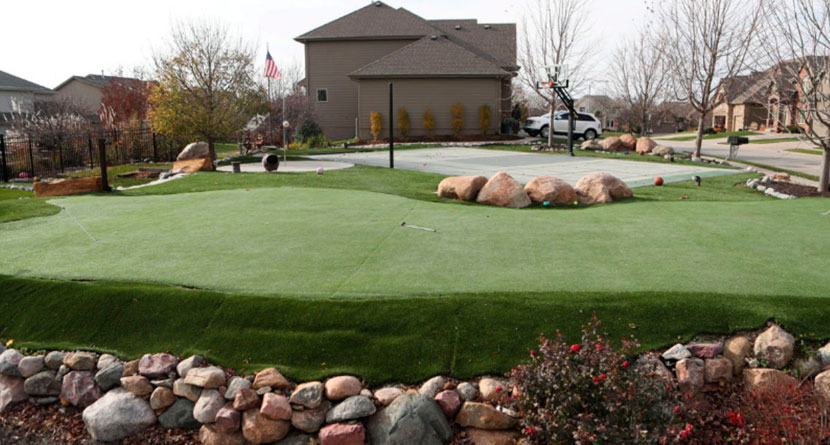 The state of Nebraska is finding out the expensive way that you shouldn’t come between a man and his yard. Eric Marsh of Omaha, Nebraska is fighting his homeowners’ association over his right to have a putting green in his backyard.

And it’s no small matter, either. Marsh poured $350,000 into his Fire Ridge home, only to have the HOA tell him after the construction of a putting green, fire pit, basketball court and infinity pool that he needed to remove some of the fixtures to acquiesce to the HOA bylaws. Marsh wasn’t having it, and as a result, the dispute went all the way to the Nebraska Supreme Court.

The Omaha World-Herald had the story.

Eight years ago, Eric Marsh dropped jaws when he began dropping about $350,000 into his property — eventually installing tee boxes, a putting green, boulders, fire cauldrons, a sport court and an infinity-edge pool on his lot and an adjacent lot behind his house near 196th and Emile Streets.

The 47-year-old software developer then asked the golf gods — er, the Nebraska Supreme Court — to overturn Pankonin. The high court refused, siding with the homeowners association.

Now Marsh — who once declared that the dispute would end in “total submission” by Fire Ridge — has yet to accept defeat or surrender his backyard features.

That led the homeowners association to go back to court last week and request sanctions, noting that Marsh has done nothing to bring his property into compliance in the 90 days since the Nebraska Supreme Court ruled.

Judge Pankonin ordered Marsh to appear in December and answer why he hasn’t followed her order. Marsh could face a contempt-of-court action — and risk further fines, even jail time, if he doesn’t comply.

Marsh said he has a few tricks up his sleeve to fight the HOA when they head back in front of a judge this month. It just goes to show you, never get between a man and his short game.