Man Hits Record Number of Balls In Support of Sister 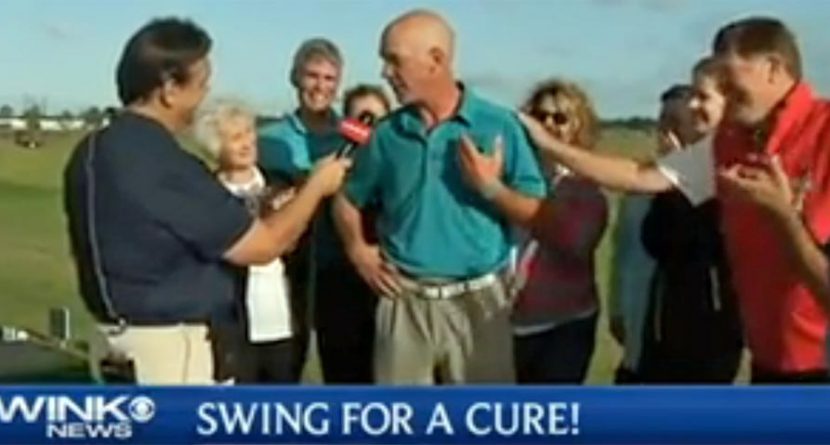 Call it the perfect swing for a worthy cause.

A Florida resident spent the weekend striking a record number of golf balls in just one hour as part of a charity event for cancer research. According to WINK-TV, Ronnie Russo broke the record on Sunday by hitting more than 1,050 balls while raising money and awareness for The Betty Allen Ovarian Cancer Foundation’s “Swing for the Cure” event. Russo participated on behalf of his sister, who was diagnosed with the disease. The Betty Allen Ovarian Cancer Foundation, a Florida-based non-profit organization, was founded by Ohio native Sharie Allen Kearns back in 2011 in honor of her mother, Betty Allen, who has been a cancer survivor since 2006. Its mission is to promote early detection by increasing awareness through education, providing access to the best available treatments and funding research that focuses on early detection to save the lives of women diagnosed with ovarian cancer.