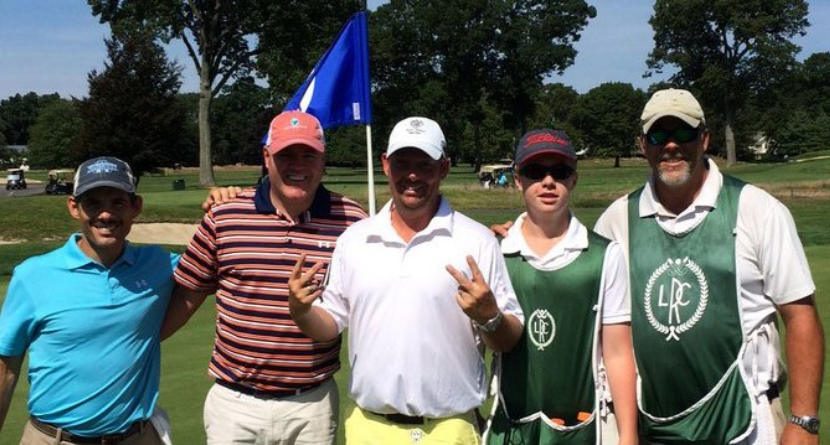 If you made a hole-in-one, what would you do with the ball?

Better question, what if you made two of them in the same round? Sounds hypothetical, right? Not if you’re Gregory P. Shaughnessy. It really happened and he’s got nothing to show for it except for a memory.

A self-proclaimed “high handicapper,” Shaughnessy was having a fairly standard day hovering well above par, but things changed drastically when he got to the fifth hole where he aced the 135-yard par-3. Five holes later, lightening struck again on the 105-yard 10th hole when his tee shot found the bottom of the cup.

To put that in perspective, according to Golf Digest, the odds of an amateur making two aces in the same round is 162,000,000 to 1.

Here’s the kicker: he lost both prized golf balls on the very next tee shots following each of the aces! While details aren’t clear how far OB they went, one can only assume they weren’t pretty.

Maybe these guys are friends: