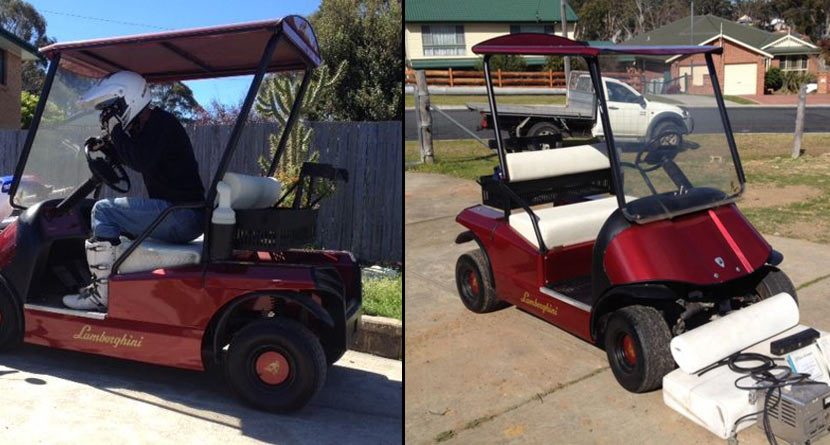 Have you ever heard the saying, “One man’s trash is another man’s treasure?” In one Australian man’s case, it’s not another man who believes his treasure to be trash — it’s his wife.

In a hilarious ad posted to gumtree.com, this gentleman makes it crystal clear that selling his Lamborghini golf cart is close to the last thing on Earth he’d like to do.

“There is a theme developing here,” the man begins his half-hearted sales pitch. “And it’s that I may have the most cruel wife in the country — possibly the world.”

Among the litany of reasons why someone wouldn’t want to buy his 1999 Lamborghini golf cart are that the wheels are “way too black,” that “it was also possibly used in several Italian mafia drive-by shootings” and that it has “Italian leather seats that [he] will be sure to fart on as much as humanly possible prior [to purchase].”

“In short, it’s a rust bucket piece of imported rubbish that is surely to annoy all those who drive it and anyone who has the complete misfortune of owning it would surely agree with me,” the ad said. “Apart from the exceptional beer holding capabilities of this golf cart, it really has absolutely nothing going for it at all, nor should it be considered by anyone in the market for a golf cart.”

It’s like Jeff Foxworthy said, “If she ain’t happy, you ain’t happy. And if she’s unhappy long enough you’ll be unhappy with half your stuff.” We can only hope this poor bloke’s wife doesn’t get wise to his ploy. Godspeed, buddy.