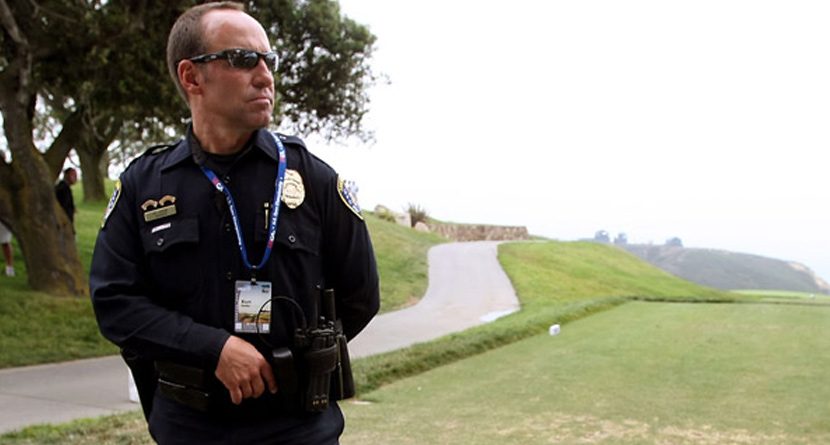 According to Zlati Meyer of the Detroit Free Press, former Drake football star and Buffalo Bill draftee Glenn Lott was arraigned this afternoon for felonious assault after stabbing a man with a golf club.  Lott, 59, was playing in a foursome at the Westwynd Golf Course on Thursday when things got a little “testy” with a playing partner.

After being asked what his score was on the previous hole by another player, Lott was apparently accused of shaving strokes and attacked the other 65-year old player. When the victim allegedly jumped into a golf cart and tried to flee back to the clubhouse, Lott also commandeered a cart and gave chase.

How do you stab a man with a golf club, you might ask? Apparently Lott had broken a club shaft in two and stuck the victim with the business end during the assault.  Authorities located the broken 5-iron near hole no. 12 later Thursday afternoon.

If convicted, Lott is facing a four-year prison sentence.