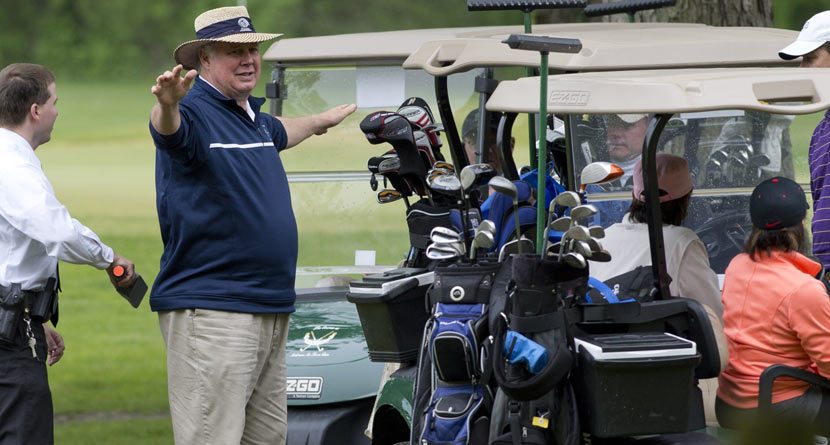 Push a person to their limit and they’re bound to do anything. And when you’re an addict, many times that “anything” becomes robbery and other assorted crimes to help feed that addiction.

One depraved man from Bremerton, Wash., reached his limit this past Memorial Day when he stole thousands of dollars in merchandise from a local golf shop and then sold the items on eBay to support his golf addiction. That’s right — golf addiction.

Just in case you were wondering, the golf-addicted man is also unemployed.

The yet-to-be-named suspect is currently in jail with bail set at $200,000. According to Bremerton Police chief, Kevin Crane, “Burglaries are often the result of addictions — drugs, alcohol or gambling. I think this is the first one we have seen that looks like a golf addiction.”

While it sounds like things are looking pretty glum for this soon-to-be-reformed addict, at least he didn’t fall through a roof like this guy did:

For a long time I have been blaming my tardiness to work, my financial woes and my inexplicable blowing-off of family functions and important events on my own golf addiction. Now, finally, there’s someone who has confirmed this is a real thing. See, babe … I wasn’t making it up!