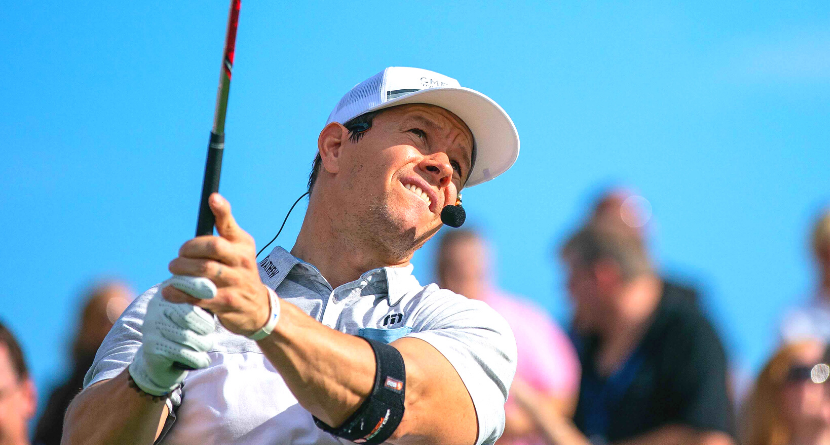 Mark Wahlberg is one of Hollywood’s most bankable movie stars. He’s also one of Tinseltown’s premier celebrity golfers. Put those together, and it adds up to a little piece of golf heaven on earth — and a little price tag of $87.5 million.

Wahlberg’s Beverly Hills mansion — a 30,000-square-foot property that includes a five-hole golf course — was recently listed for sale at that enormous sum. Situated on a six-acre lot in a neighborhood whose celebrity residents include Dwayne “The Rock” Johnson, Eddie Murphy and Justin Bieber, the house was recently described by the Los Angeles Times as “a European-style showplace that mixes Old World style with an abundance of modern amenities.”

We could bore you with the details about what those amenities entail, but we’ll get to the showpiece: the backyard golf course. Six years ago, Wahlberg — who plays to about a 14 handicap — installed the mini collection of beautifully manicured par-3s to feed his love of the game.

The facility features undulating putting greens and deep bunkers and recently played host to a closest to the pin contest between Wahlberg and PGA Tour pro Abraham Ancer, his business partner in the premium tequila company Flecha Azul.

Wahlberg purchased the house in 2009 for $8.25 million, so he stands to turn quite a profit. Here’s hoping the next owner will put the golf course to good use.