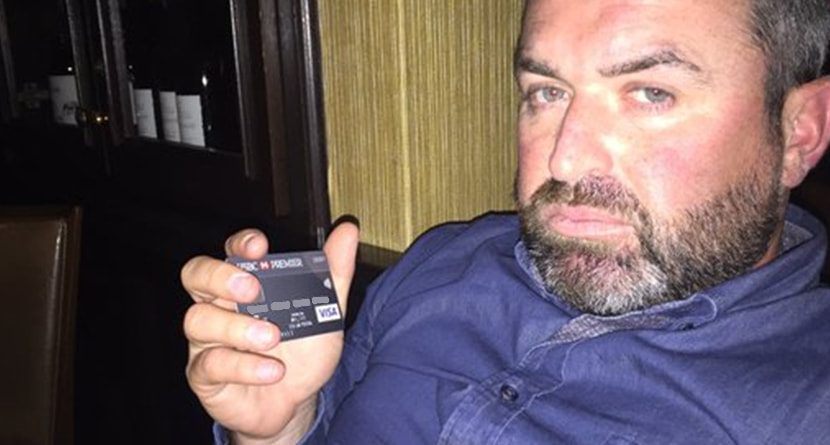 Carrying the bag for one of the top players in the world can be a fun and lucrative way to make a living. You get to travel the world, see and interact with the best golfers on the planet on a daily basis and call the golf course your office. Craig Connelly is one of the lucky loopers who calls a world-class player his boss.

Having been on Martin Kaymer’s bag for both of the German’s major championships as well as his win at the 2014 Players Championship, “Wee Man,” as Connelly is affectionately known on Tour, has made a little bit of coin. And he’s probably thankful that he has been a part of those wins because on Tuesday night as part of a traditional caddie dinner, Connelly got stuck paying the bill at Ruth’s Chris Steakhouse after losing a game of credit card roulette with his fellow bagmen.

The story played out for all to see on social media thanks to Connelly, Billy Horschel, Justin Rose and Rose’s caddie, Mark Fulcher.

Make sure you let the Twitter world know who the loser is!!! Haha https://t.co/oaNumvPvzS

Unlucky, indeed. Connelly didn’t look all too pleased to be left with the tab. Given the eight empty bottles of wine on the table, the seafood course and the average price of a meal at Ruth’s Chris, the meal had to set the poor guy back a few thousand dollars. On the bright side, Connelly will definitely be able to afford it if he can direct his man to a second Players Championship this weekend.