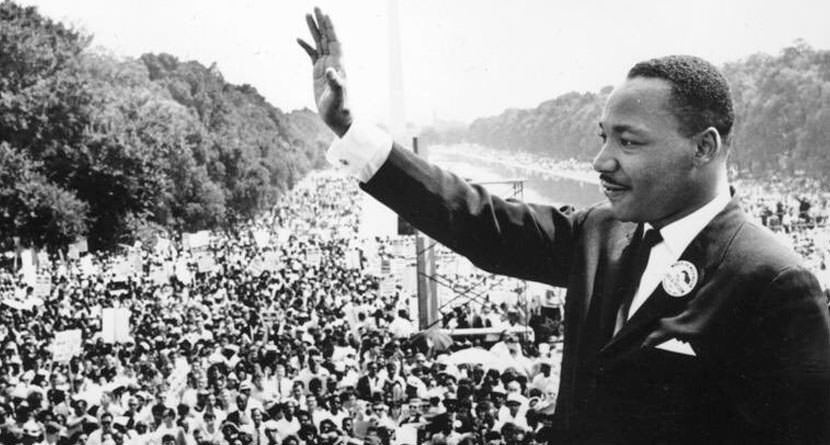 Today, America celebrates Dr. Martin Luther King, Jr., a man who preached equality and followed up his words with action. Dr. King’s message and legacy were meant for the greater good of the country and the world, but Dr. King’s life’s work is directly applicable to the world of golf, a game that struggles mightily in terms of diversity.

Dr. King’s influence and impact on the game was evident across decades, from the late 1960s up until today. ESPN.com’s Farrell Evans laid out King’s influence on the sport in the immediate aftermath of his assassination and how it continues to be an important issue today.

On Thursday, April 4, 1968, the Greater Greensboro Open began at the Sedgefield Country Club in Greensboro, N.C. Billy Casper took the first round lead with a 6-under 65. That afternoon in Memphis at around 6 p.m., Dr. King was cut down by an assassin’s bullet on the balcony outside his motel room. The civil rights leader was in Tennessee to support the city’s striking sanitation workers.

President Lyndon B. Johnson declared a national day of mourning on the Sunday after the assassination, so most sporting events were postponed, including the final round at Greensboro. In the 36-hole Monday finish, Casper shot 69-66 to win by four shots.

In golf, we tend to look primarily at Charlie Sifford and Lee Elder as the trailblazers to social justice and recognition for blacks in the sport. Yet, Dr. King left his own specific imprint on the game.

The Civil Rights Act of 1964, which King pushed for perhaps harder than any man in America, banned segregation in public facilities like municipal golf courses and swimming pools. The law enabled blacks in the south widespread use of public golf courses for the first time.

But there is still much work to be done. The multi-billion dollar golf industry still doesn’t fully reflect King’s multi-racial vision of America. Programs like the First Tee promise black and Hispanic children the opportunity to learn important life skills, but the organization and its sponsors need to do more to integrate minorities into the daily workings of the elite corporate culture of golf with more internships and jobs.

While there is still much work to be done, there are people in the industry working towards Dr. King’s goals. Steve Mona, the CEO of the World Golf Foundation, is leading the charge. Along with people like Clemmie Perry, the founder of Women of Color Golf and many others, Mona is doing his best to diversify the game to fulfill Dr. King’s vision.

In a late 2016 Voice & Viewpoint article, Mona and Perry laid out their concurrent ideas to help make the game a better representation of the general public.

Asked why a white executive like Mona worries about racial diversity, Mona didn’t hesitate. “It’s the right thing to do,” he said. “We want to make young people and parents from diverse backgrounds aware that there are 2 million jobs in the golf industry.”

Clemmie Perry, the founder of Women of Color Golf, is looking to introduce more minority women to the “sport of kings.” She said she has trained more than 250 women — 95 percent of whom are black — to play golf since she launched her group in 2013.

“I didn’t see any women on the golf course who looked like me,” Perry said. “I’m creating pathways for women to enter the game. Golf is about access. Golf is giving [black] women access to business relationships they would never have. We can’t get the jobs if we don’t have the relationships.”

Perry, a Tampa resident, first took up golf after finding a set of clubs on the side of the road. When Lockheed Martin laid her off from an executive post in 2012, she used her severance to start Women of Color Golf.

You can learn more about the World Golf Foundation and the Women of Color Golf by clicking on their respective names.