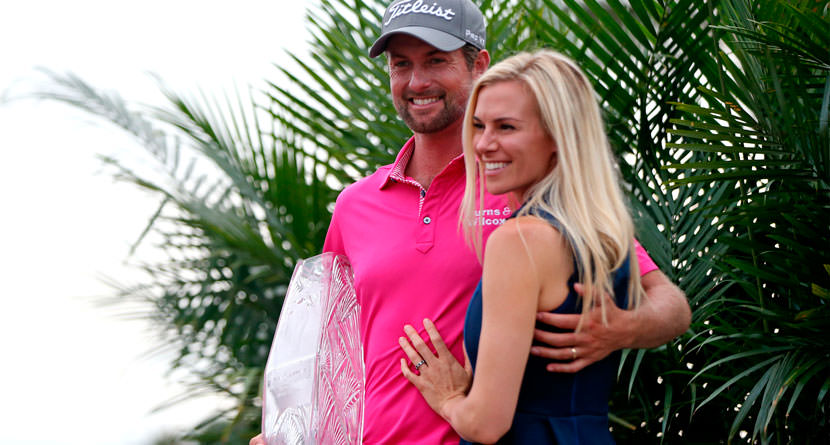 Shortly after the final putt fell on Sunday at The Players Championship, Webb Simpson was greeted on the 18th green by his wife of eight years, Dowd.

Dowd Keith and Webb Simpson met in college at Wake Forest University under unique circumstances, according to an article published in Wake Forest Magazine. Simpson’s father met Dowd and offered her $100 to go on a date with his son. While the bribe didn’t pay off right away, the two hit it off on campus and began a relationship that continues to this day.

Dowd was a theatre major at Wake and even has a few clips on her IMDB page of independent films and some short-lived television shows.

The couple was married in 2010 and have since had four children, Mercy, James, Willow & Wyndham. They currently live in Charlotte, North Carolina with their home sitting on the Quail Hollow Club, a course that Simpson is a member at and where the Wells Fargo Championship is played.