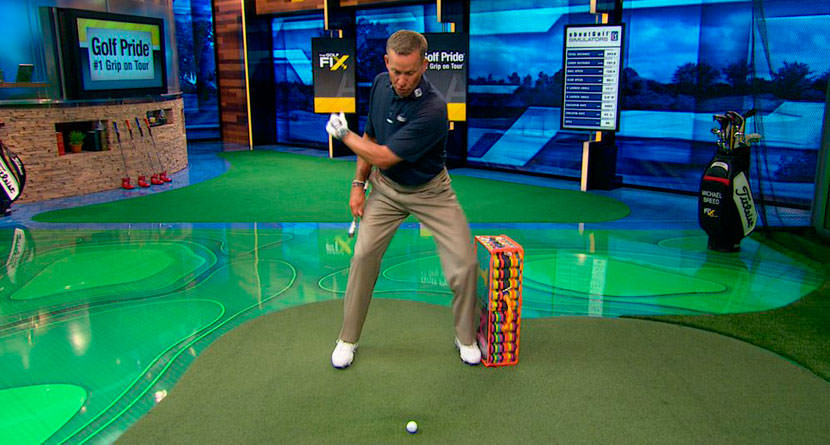 Michael Breed has become one of the most recognizable, respected and beloved golf instructors in recent years thanks to his ubiquitous appearances on Golf Channel as well as his infectious energy. However, Breed will no longer appear on Golf Channel or his weekly show, The Golf Fix.

The former assistant professional at Augusta National Golf Club has moved on from the television side of golf instruction and has moved to print, digital and radio, inking deals to become Golf Digest’s Chief Digital Instructor as well as continuing his show, A New Breed of Golf, on SiriusXM’s PGA Tour Radio.

Struggling with a bad holiday hook, The Man Out Front went looking for a golf fix but found no sign of Michael Breed tips at GolfChannel.com.

Turns out, a long-rumored split between the long-time host of the Golf Fix and the channel’s eponymous instruction presence became official over the holidays. And reportedly, despite Breed’s claim that it was “amicable” and about spending less time commuting from New York to Golf Channel’s Orlando studios, the split did not end with a group hug.

The Trump Ferry Point-based instructor’s 385 Golf Fix episodes have vanished from GolfChannel.com video archives the same day the ultra-likable tipster announced on Facebook how he’s carved out a new digital-driven future for himself.

Besides a deal with Conde Nast Digital to build an online instruction archive under the Golf Digest banner, Breed is expanding his role at SiriusXM PGA Tour radio.

“I’m going to combine what I learned during seven years of hosting the Golf Fix, with what I’ve learned during countless one-on-one lessons on a practice tee to help people understand the golf swing better than they ever have,” Breed tells TMOF.

Following instructor Hank Haney’s successful model, Breed will expand his SiriusXM show from three to five days a week of live call-ins and other golf discussion. While The Forecaddie plans to call in a few questions, he’s also going to miss the energy and everyman perspective Breed brought to his highly successful Golf Channel work.

There are already indications Breed will surface on another television network soon.

So what led to the disintegration of Breed’s Golf Channel relationship? TMOF hears Golf Channel’s purchase of Revolution Golf, a smart play to diversify the network’s revenues, has placed an emphasis on highlighting their instructors over non-Revolution affiliated pros such as Breed. And while it’s the oldest cliché in the book, Breed really was ready to spend more weekend time in New York with his family and less time battling Orlando’s infamous airport security lines.