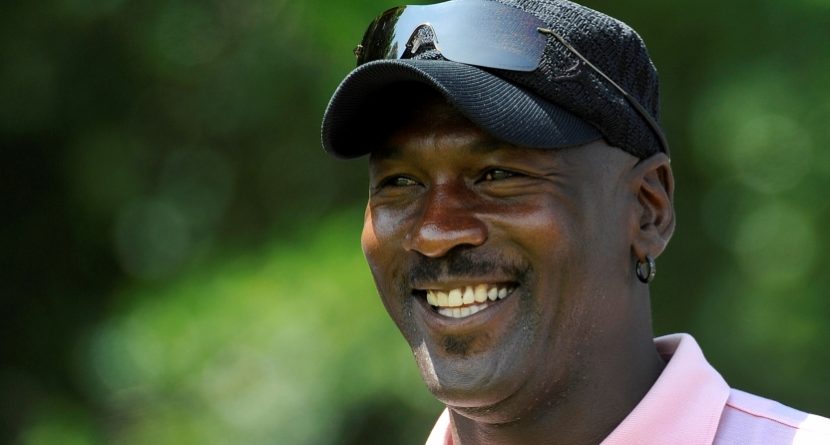 You could own Michael Jordan’s old home. Or, a little more realistically, you could own some of his old golf equipment.

After putting his 56,000-square-foot house (nine bedrooms, 15 bathrooms) up for auction and getting no takers, Jordan now has an autographed North Carolina golf bag and one of his old drivers available to the highest bidder.

The custom-made, leather and vinyl, Carolina blue Miller bag has “Michael Jordan” stitched above an embroidered Tar Heel logo on the front. Above that is Jordan’s signature in black Sharpie. A Tar Heel logo is also on the back. The minimum bid is $500.

And starting at $300 is a Ping ISI Karsten 7 Titanium driver that Jordan used to use. Surely it was inspired by the Chicago Bulls – it features a red graphite shaft and black grip. The posting says the club is still in usable shape, but it might look better on display, possibly in your golfer’s man cave.