Powered By Front-Nine 25, Michigan Golfer Matches World Record With 17-Under 55 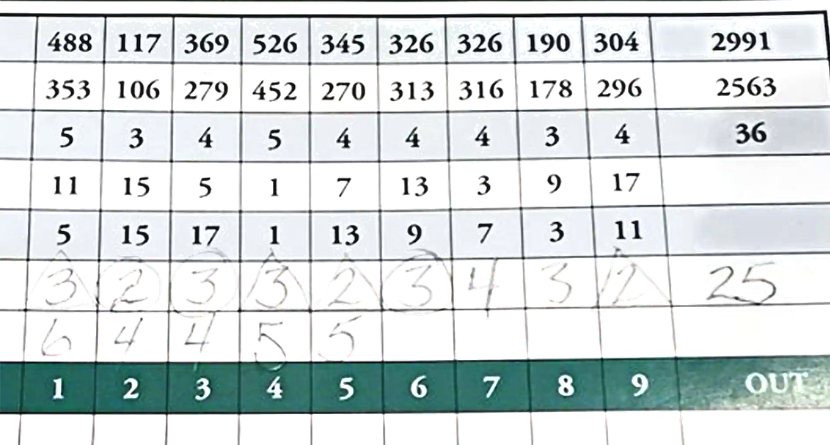 You’d need a video game controller to play better golf than Michigan’s Andrew Ruthkoski did last week. And even then, the margin for error would be impossibly slim.

Ruthkoski, a 39-year-old club pro from Muskegon, Mich., carded a 17-under-par 55 at his home course, Oak Ridge Golf Club, matching a world record held by two other golfers. But those rounds both occurred on par-71 courses; Ruthkoski now owns what’s known to be the lowest score-to-par on the planet.

Four eagles, three birdies and two pars added up to a scintillating 25 on the front nine, matching the 18-hole course record of 11-under-par that Ruthkoski set in 2012. But it was at that point when a historic round reached a crossroads: Ruthkoski’s twin stepdaughters decided to stop playing after six holes, and with dusk approaching he wasn’t sure he wanted to play the back nine.

Thankfully, Ruthkoski’s friend, who lives along the course and owns his own cart, convinced him to keep playing and provided transport the rest of the way.

He fired a ho-hum 30 on the back, utilizing some local knowledge to finish the side in style. Ruthkoski intentionally hammered his drive onto the driving range abutting the par-5 18th hole to give himself a chance to reach with a long iron. His approach settled 15 feet from the hole, ensuring a two-putt birdie.

Next up for Ruthkoski? He plans to try to qualify for this week’s John Deere Classic