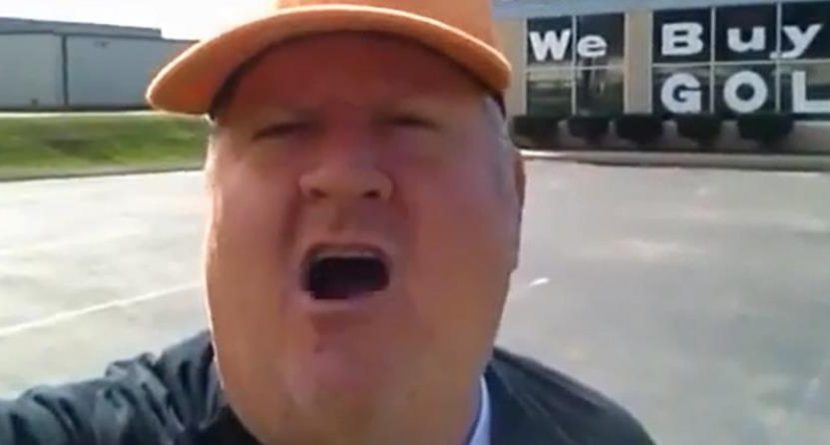 You know when you’re driving down the interstate and see an accident in the lanes going the other direction? How aggravating is it when cars on your side slow down to look, causing backups in both directions?

Yet, when you come up on the scene of the accident, you slow down as well. You can’t help but look.

That’s kind of what it’s like when you visit the YouTube page for Mike’s Golf Shop. The man who caused an internet storm last week when bloggers stumbled upon the worst golf commercial ever made has loads of awful videos. But the gem that earned him more than 15 minutes of fame is now up to more than 270k views – unheard of for a tiny golf shop in Chattanooga, Tenn.

In response to the overwhelming adulation for that ad being so bad that it was good, Mike released another video on Monday titled, “The Commercial I Didn’t Use.” Right.

Late last week, showing off his business acumen, Mike created another golf ad, but this one slyly showcased his other business venture, which is buying music gear. A talented singer he is not, which makes it impossible not to laugh, but Mike can play some strings.

Now, those are all video from the past month. But Mike’s been perfecting the cellphone selfie commercials for well over a year. And our favorite spot just might be the first one he ever created: “Mike’s Golf Shop – Get A Hug.”