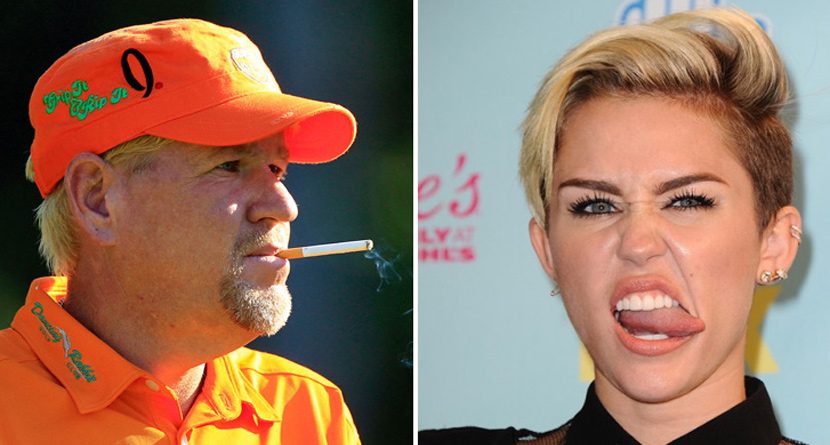 Love her or hate her, one thing is for certain, Miley Cyrus has a way of getting people talking! And this time it’s not about her scantily clad attire.  (Side note: Miley is sure to be the “it” Halloween costume this year no doubt.)  During a recent interview on the Today Show, Miley told host Matt Lauer, “I heard when you turn 40, things start to get a little less sexual.  So [I’ll stop] probably around 40. I heard that’s when people don’t have sex anymore.” Which prompted golfer John Daly to take to his Twitter account in a frank rebuttal:

Well since I’m not 40 yet I can’t speak from personal experience, but I would like to think that Mr. Daly knows what he’s talking about. I decided to conduct some web research in order to debunk Miley’s “sex after 40” misconception and from what I found, sex post-40 is something to get excited about.

Apparently I can stop worrying and instead start looking forward to the best sex I’ve ever had. Because, according to new research carried out on 26,000 people over the age of 40 in 29 countries, lovemaking really does get better with age. In the study, 88% of UK men and women surveyed said their relationship was very or extremely physically pleasurable. And 94% agreed they were emotionally very satisfied by their partner.

Several other recent studies have made the (surprising) discovery that many women over 50 are having good, even great sex and that some claim they are having the best sex of their lives. One analyzed “sexual activity, desire and satisfaction” in a group of women over 40 (with a median age of 67) and found that the majority of them were satisfied with their sex lives and that the proportion actually increased with age. Confidence is a major factor and as women age, we become more comfortable in our own skin making sex much more enjoyable.

After all, my favorite “Golden Girl” Betty White (quoted at the age of 88, now 91) said,  “I don’t have a fella, but if Allen (Ludden, her late husband)–or Robert Redford–were around, we’d have a very active sex life. Does desire melt away with age? I’m waiting for that day to come.”

That settles everything in my book. Miley is mistaken.

So Miley, although I admit I do like some of the tracks on your new CD, Bangerz (especially Adore You & Maybe You’re Right) I think you should stick to the singing and not weigh in on matters you have no experience with like sex after 40.

Alison Waite began hosting a weekly Fox show called MyTv at the age of 15. Upon graduating high school she fulfilled her dream of moving to CA to attend college at San Diego State University, earning a Master’s of Science Degree in Gerontology. Alison hopes to someday combine her interest in the social/psychological implications of aging and hosting. She also enjoys comedy and is always looking for the funny, which is evident in her hosting and improv abilities.