Millennial Gets What He Deserves 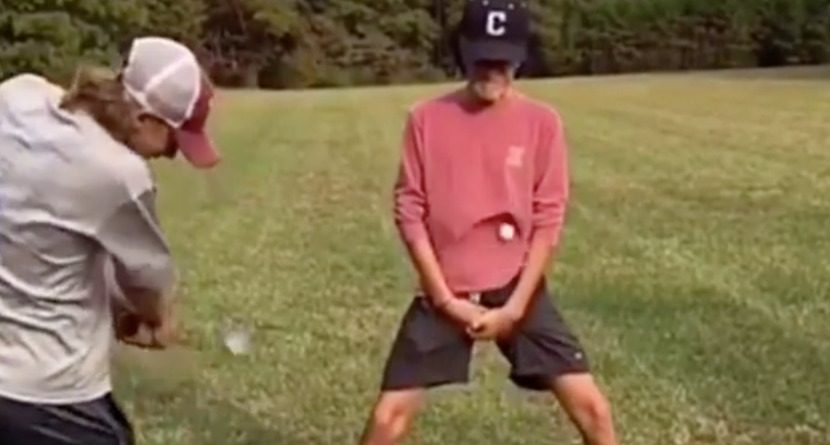 If you ever wanted to get a millennial to shut up, here’s one way to do it. The latest golf trick shot that has been making the rounds on the internet is a guy standing no more than four feet in front his buddy who’s got driver in hand.

The idea is simple: hit it through his legs without killing him. This is how it’s done:

I don’t have a single friend I trust enough to let them do this to me. pic.twitter.com/gspZNXukaj

Then there’s this. In an attempt to recreate one of the most idiotic shots in golf history, these ‘bros’ failed miserably, but the video is every bit worth it.

Nobody looks like he deserves to be popped in the stomach with driver more than this kid.