Monkeys Attack Golfers During Their Round 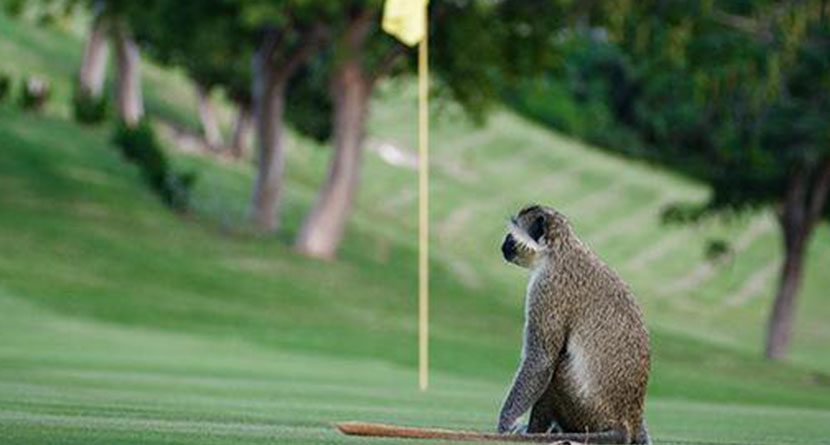 TokoyoReporter.com had the gruesome details.

One man suffered injuries after a group of golfers were attacked by monkeys on a course in Atsugi City, reports Fuji News Network (Sept. 19).


On Sunday evening, one member of a male and female foursome went searching for a ball in the woods during a round on the course, located in the Kamiogino area, when the primates were encountered.

A pair of the monkeys then chased two men in the group. One of the men, 45, was bitten on the left calf inside a sand bunker. The wound is expected to require one month to heal.

According to the golfers, monkeys had been seen on the course before but this is the first reported attack.

Monkeys don’t mess around. The wound to the man’s leg resulted in bandages from his ankle to his knee. Now we know why Luke Donald was so eager to get out of the way of that baboon a few years ago in South Africa.