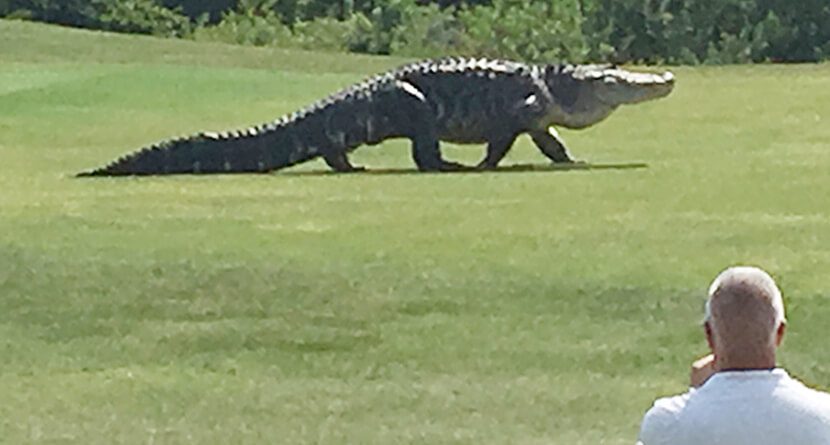 Alligators on golf courses are nothing new. The novelty has typically worn off and a gator sighting is usually only good for a Happy Gilmore quote or two. But this video of a giant gator roaming a golf course in Florida has made quite the splash.

ABC Action News has the details:

Charles Helms posted this video to his Facebook page Wednesday, May 25, after seeing the enormous gator roaming the Buffalo Creek Golf Course in Palmetto.

“I was stunned and silent,” said Helms in a phone interview with ABC Action News.

The Sarasota resident says he has never seen anything like the giant reptile. Helms says it was so big, he didn’t even think it was real at first.

“I didn’t know if we were being punked or something,” says Helms. “It was just laying down, resting, when it got up and started moving towards the big lake,” says Helms who was out on the course with a friend.

The duo estimating the gator was at least 14 to 15 feet long.