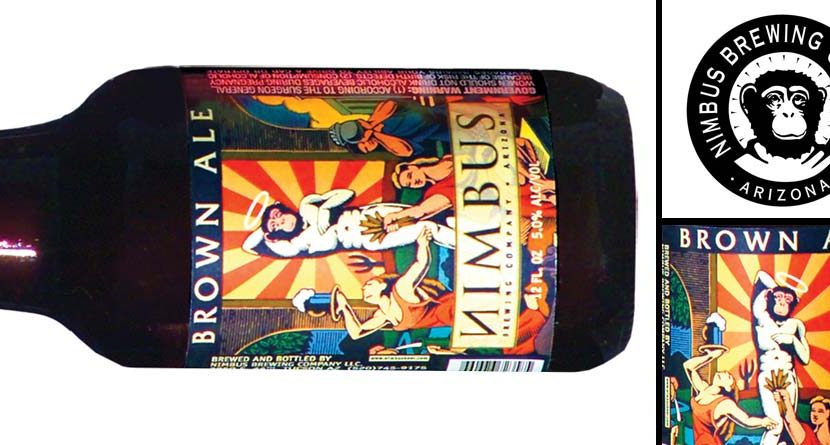 There’s a nice “Tucson Flight” of beers to sample at Cayton’s Burger Bistro, which is the signature restaurant of The Golf Club at Dove Mountain, site of the WGC-Accenture Match Play Championship. Visitors—or players trying to calm down from a tough match—can work through a Barrio Brewing Tucson Blonde, a Dragoon Brewery IPA and Mesquite Porter, and the Nimbus Brown Ale.

If there’s only time for one, go with Nimbus, named the Best-Tasting Local Brew every year for the last decade in the Tucson Weekly’s annual Best of Tucson poll. As the largest brewery in the state, Nimbus is prevalent in Arizona, but beerhunters in California and Georgia might discover some bottles, too.

The company calls the beer an American-style brown ale, but the hop presence is muted. It strikes me as more of a Northern English character; fans of Newcastle Brown should enjoy it, though for my money the Nimbus is a step up. The beer swirls with dark brown highlights, almost opaque in the glass, with an inviting tan head.

The nose has a grainy, fresh from the brewery aroma, sweet and roasty like a sticky bun just out of the oven, lathered with caramel and topped with nuts and raisins and maybe a drizzle of maple syrup.

That’s the sensation, anyway, from an eight-malt blend, and yet it’s not too sweet. There’s a lightly creamy mouthfeel with a mild but pleasingly persistent finish from the Perle and Saaz hops.

The full portfolio of Nimbus beers are characterized by wildly decorative bottle labels, all depicting the brewery’s trademark monkey. For the Brown Ale, the simian head is perched on a nude human body, while Rockwell Kent-like characters swirl around in an apparent toga party. Take note, celebrating Match Play winner.