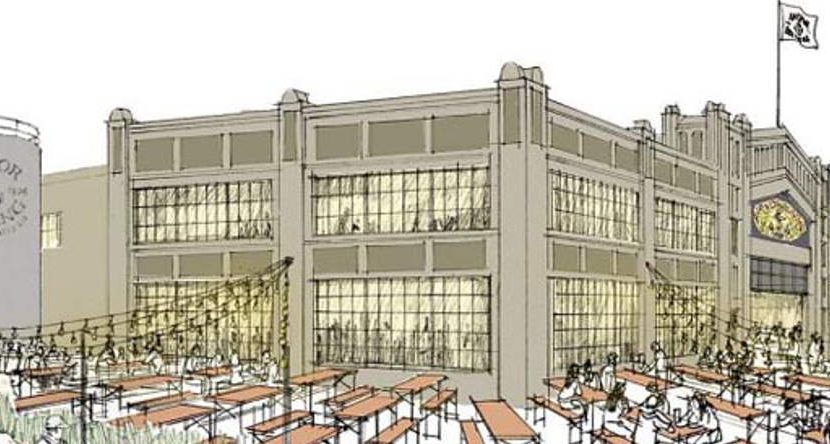 The baseball season began Sunday night, so let’s salute the defending World Series champions with a new beer brewed right in the city by the Bay.

The connection between the San Francisco Giants and Anchor Brewing is only going to grow tighter anyway. In February, Anchor announced a major expansion project, building a new brewery at Pier 48 which will make them the first tenant of Mission Rock, a major waterfront revitalization project developed by the Giants.

Anchor has stubbornly resisted substantial growth for decades. But the new brewery, which will begin construction late next year, will ultimately quadruple its production.

By then its new year-round beer, California Lager, may be available outside the state. If the future beckons, the beer is a deliberate look back to the state’s first lager beer, produced near Truckee by the long-defunct Boca Brewing Co. Established in the Gold Rush days, Boca Brewing had a heady 17-year history before being destroyed by fire in 1893.

Since the brewing logs went up in flames as well, Anchor’s California Lager is an interpretation rather than a recreation of the old recipe (and label), using all California ingredients.

For a company that stretches back to Gold Rush days, Anchor’s lager is a suitably golden beer, with a brisk white head and an inviting aroma from the floral Cluster hops–believed to be one of the oldest U.S. varieties–suggesting a touch of apricot.

It’s a bright, crisp brew with a lightly bready sweetness and a subtle dry finish. Easy enough to imagine downing more than one as the innings go by. And it should go well with those Gilroy Garlic Fries available at the ballpark.