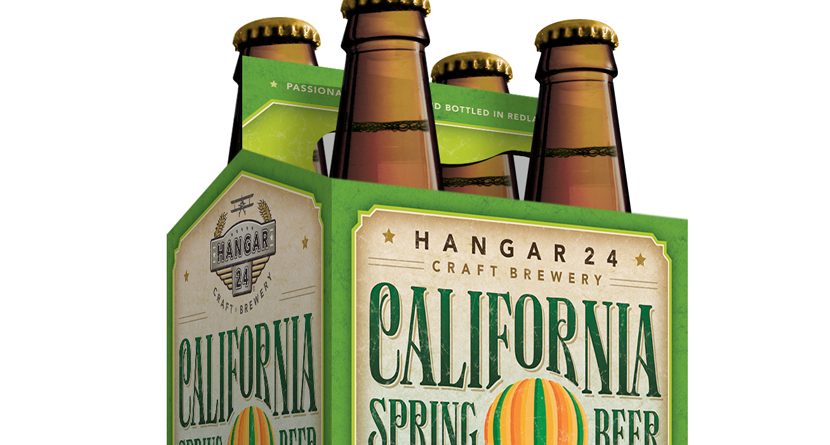 While hesitant to recommend our second straight California-only beer, this Hangar 24 seasonal is a natural. Spring is officially ensconced and the first major of the year unfolds at the Mission Hills Country Club in Rancho Mirage.

There’s no way to know how much hang time the winner of the Kraft Nabisco Championship will display before splashing into Poppie’s Pond at the conclusion of the LPGA tournament. But anyone can clock some Hangar 24 time.

The brewery was founded five years ago by Ben Cook in the hanger where he frequently shared his homebrew with flying buddies at day’s end (he’s also a licensed pilot). Growth has been steady (OK, it’s taken off), and sales will expand into Nevada this month and Arizona later this year.

The brewery now cans two of its best sellers, Helles Lager and Orange Wheat (made with southern California oranges), but its innovative and eclectic portfolio includes more than a score of annual styles, all with vintage aircraft artwork on the labels.

Even what might seem like an unassuming spring beer is a stylistic gender bender. It’s a hoppy wheat beer, brewed in separate batches with two different yeasts — American ale and a Belgian Wit — along with relatively new hop varieties Calypso and Zythos. The finished beers are then blended.

The end result is cloudy and orange in the glass, fruity and bready in the nose. It’s highly effervescent, with a real tang and a faint suggestion of Belgian yeast funk (a good thing). It’s a beer with some real exuberance, and refreshing as a leap into a pond.